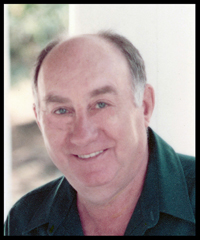 It is with heavy hearts that Mary and her sons, David and Alan, announce the passing of Raymond Mayer at Masterpiece Southlands in Medicine Hat on Thursday, July 11, 2019, at the age of 87 years. Raymond was born February 3, 1932 in Medicine Hat, Alberta, a son to Alfred and Hilda Mayer. This is also where he was raised and received his schooling. On August 1, 1953 he married Mary and they would have celebrated 66 years of marriage this year! He loved and cared deeply for all of his family and really enjoyed spending time with his grandchildren. Raymond was always a kind and helpful person to both neighbors and friends alike and would never say “no” when someone asked him to volunteer or help. He was was heavily involved in the local sports community having spent several years coaching minor hockey, Little League baseball, and helping out in various ways. Not only did he volunteer at the local level, he also served at the provincial level in hockey and ball communities. In 1973 he was awarded the CAHA award for his service to minor hockey in Medicine Hat. With hockey in his blood, he demonstrated his knowledge and experience as the Manager of the Medicine Hat Cubs for many years. Raymond was a dedicated employee and worked for 30 years as a power engineer at Goodyear before he retired. Retirement took him and Mary to Chemainus, B.C. where he spent his time gardening, camping and fishing whenever he could. His time fishing was always a highlight of his day whether fish were caught or not. Ray and Mary also had the pleasure to travel the world where they made many memories along the way. Besides his wife, Mary, he is survived by his sons, David (Wendy) Mayer of Smithers, B.C. and Alan (Shann Snedden) Mayer of Medicine Hat; grandchildren, Brenan (Jamie) Mayer of Houston, B.C., Jonathan (Jolene) Mayer of Houston, B.C., Kristan (Harley) Schwabe of Abbotsford, B.C. and Erica Mayer of Medicine Hat; as well as seven great- grandchildren. He is also survived by his brother, Randy Mayer. Raymond was predeceased by his parents, Alfred and Hilda Mayer. A private graveside service will be held at Hillside Cemetery. Memorial donations in Raymond’s name may be made directly to A.J’s Loan Cupboard, 1, 749 – 14 Street S.W., Medicine Hat, Alberta, T1A 4V8. (Condolences may be expressed by visiting our website at www.cooksouthland.com) Honoured to serve the family is