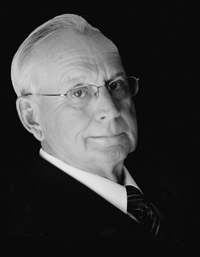 It is with heavy hearts that the family of Ellis (Edgee) Harvey Hill announce his passing at the St. Joseph’s Home – Carmel Hospice in Medicine Hat on Friday, July 26, 2019, at the age of 85 years. Ellis was born to Harvey and Edythe Hill on November 5, 1933 at Armley, Saskatchewan. He was raised and lived most of his life on the family farm in the Carlea area near Aylsham, attending Free State country school and Aylsham School thereafter. He married Margaret Wassill on July 4, 1959, celebrating 60 adventurous years together this past July. Ellis was a life-long grain farmer and part owner and manager of Carlea Alfalfa Processors Limited. As a young man, Edgee played hockey and baseball. He coached hockey, including his boys when they were young. Ellis enjoyed watching sports including hockey, baseball and football. Eventually he stopped watching hockey because of the unnecessary violence. Ellis was an accomplished curler and golfed. Ellis took great interest in aviation, developments in technology, WWII, photography, travel, politics and current events. He particularly enjoyed when he and Margaret cared for the grandchildren. He enjoyed listening to what the kids had to say and seeing how they thought. Ellis was a practical man, loving to his family and community minded. He believed strongly in self-reliance and responsibility both in his personal life and in his expectations of others. He ran as a political candidate in a Saskatchewan election. A resourceful and inventive individual, he took pride in making things work whether it was a machine, business or other aspects of his life. Ellis was a life-long learner, a good manager and took pride in being fair. He represented farmers in international marketing efforts for canola (rapeseed), alfalfa and barley. He made trade related trips to Japan, South Korea, Portugal and eastern Europe. Ellis and Margaret thrived on travel and visited all the continents except Antarctica. He piloted private aircraft in travels with Margaret throughout Canada, USA, Mexico and eastern Australia. He was a member of the Flying Farmers and was a founding director of the Saskatchewan Rapeseed Grower’s Association (later Canola Growers). Ellis was a Nipawin School Board Trustee for almost a decade starting in 1975 and was a member of Alfalfa industry groups. His memory will be cherished in the hearts of his wife, Margaret; children, Harvey (Marie), Kevin (Gail), Bradley (Cathy) and Monica (Daniel); grandchildren, Michael, Elizabeth, Caroline, Matthew, Patrick, Geoffrey, Jessica, Andrew, Bree and Nylagh. He is also survived by two siblings, Joan (Arnold) and Harry (Lorraine). Ellis was predeceased by his parents, Harvey and Edythe. Those wishing to pay their respects may do so starting at 10:00 a.m., one hour prior to the Celebration of Ellis’ life, which will be held at Cook Southland Funeral Chapel, 901 – 13 Street S.W., Medicine Hat on Wednesday, July 31, 2019, at 11:00 a.m. with Reverend Leroy Angle officiating. A time of fellowship will follow immediately thereafter in the Cook Southland Reception Facility. (Condolences may be expressed by visiting our website at www.cooksouthland.com). If friends so desire, memorial donations in Ellis’ name may be made to the Alberta Cancer Foundation. Please specify “for Esophageal cancer research”. Honoured to serve the family is