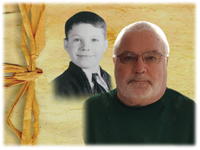 Mr. James Francis French, beloved husband of Sharon, passed away suddenly in Medicine Hat on Sunday, July 28, 2019, at the age of 74 years. Along with Sharon, Jim leaves to cherish his memory two daughters, Andrea French and Tina (James) Grant all of Medicine Hat and grandson, Grayson Weir of Calgary. Jim will also be remembered by his three sisters, Lorna (Max) Lane, Barb (Larry) Gabrielle and Wendy (Rob) Wallace; brother, Keith (Tannis) Gardner; brothers and sisters-in-law, Jim (Madeline) Tvedt, Diane Mcauley, Karin (Murray) McMillan, Judy (Jim) Crawford and Bob McNabb as well as numerous nieces and nephews whom Jim adored. Jim was predeceased by his beloved parents, Mary and Wilson Gardner; mother and father-in-law, Ken and June Tvedt; brothers-in-law, Graeme Remple and Ron Mcauley as well as his sister-in-law, Sheila McNab. Jim was born on November 6, 1944, in Brandon, Manitoba and upon the union of his mom, Mary and step-father, Wilson, moved to the Gardner family farm in Lenore, MB in 1950. Jim married the love of his life and best friend, Sharon Tvedt on December 27, 1965 and welcomed daughters, Andrea on April 1, 1966 and Tina on February 17, 1967. Jim began his career in the fertilizer industry during these years at Simplot Canada Ltd. in Brandon, MB and in 1976 moved his family to Medicine Hat to begin his over 30 year tenure at Canadian Fertilizers. Jim retired after an overall 40 year career in the industry as supervisor/lead industrial chemist. Jim was a fiercely loyal and devoted son, brother, husband, father, grandfather, uncle and friend. He never did anything by half measures where family or friends were concerned. Jim was known to refer to his wife, Sharon and daughters, Andrea and Tina as as “his girls” whom without question or hesitation would do anything for. Jim was overjoyed when his “little shadow”, grandson, Grayson joined the family on March 26, 1988. Grayson idolized his “GPa” who was always present and accounted for in every milestone of Grayson’s life, big or small. They were best buddies. Jim had practice for being the best “GPa” ever for his years of being the best dad ever. He doted on his daughters from the moment they were born to the final moments of his life. He was incredibly proud of them and they, equally that they had the honour and privilege to call him Dad. Jim’s loyalty and devotion though was never more evident than with his wife and best friend, Sharon. For the almost 54 years of marriage, they were inseparable; the true definition of the perfect team. This team was notably more successful as Jim was always sure to remind Sharon that she was “team captain”. There is no doubt, Jim was a smart man! Jim and Sharon travelled extensively before and after retirement. Those vacations were enjoyed as a couple, with many vacations to also include his children, grandson, brothers, sisters, in-laws and friends. Jim and Sharon made friends where ever they went with many of those new acquaintances becoming life long friendships. Jim being noted for his unique sense of humour, intelligence and people skills was a magnet to those he knew and met. Jim’s brother, Keith aptly describes him as “larger than life’. This sentiment is a consensus for all those that were blessed to know him. Jim was successful in the balance of working hard, playing hard and loving well. He was also a natural born athlete playing in almost every sport growing up but ended up being most passionate about baseball and curling which he continued to participate in well into his retirement years. A man is the sum of his actions and what he has done: to that end, Jim had a fierce and unshakeable belief in two things: hard work and taking care of his family. In this, he achieved honours. He loved us, we knew it. He supported us in everything we did. He was loving, devoted, intelligent, strongminded, tough and ambitious. Jim’s loss will be felt by many, a void impossible to fill, but with his loss, it confirms the fact that all of our lives were better for having had him in it. Jim was a gift to us that will forever be treasured, forever be missed, forever be remembered and forever be loved. The Celebration of Jim’s life will be held at Cook Southland Funeral Chapel, 901 – 13 Street S.W., Medicine Hat, on Friday, August 2, 2019 at 10:00 a.m., with Life Celebrant Gerry Getz officiating. A private family interment will take place at Hillside Cemetery. If friends so desire, memorial tributes in Jim’s name may be made to the charity of one’s choice. (Condolences may be expressed by visiting our website at www.cooksouthland.com) Honoured to serve the family is