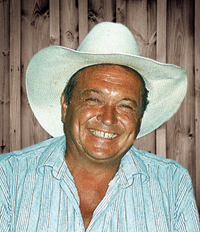 Lee Douglas McKenzie, born February 14th, 1955, of Medicine Hat passed away at the Riverview Care Center on Wednesday, August 7th, 2019 at the age of 64 years. He is survived by his wife and partner, Judy (Campbell) McKenzie; brother, Dale (Kim) McKenzie; sister, Cheryl (Sam) Gust and their families. Lee was predeceased by his father and mother, Glenn and Jean; grandparents, Bill and Emma McKenzie and Walter and Hilda Hutchison. Lee was born in Medicine Hat, Alberta and lived in that area until his passing. His love for the country life started with going out to his grandparent’s ranch (Walter and Hilda Hutchison). He bought cattle for Alberta Western Beef and when the plant shut down, he blood tested cattle for the government. His passion for rodeo started at a young age, he had a room full of saddles (21), trophies, buckles and awards. Lee had one of the first roping arenas (McKenzie Arena) in this area. He owned and operated McKenzie Enterprises which was a reclamation and fencing business. In the spring of 2013, Lee had a severe brain injury, thus resulting to have to live at the Riverview Care Center. Here is where a new family was created, the care that was given to him was more than ever imagined, thanks to you all. Special thanks to his doctor of many years, Dr. Booyens. A Gathering for “Our Cowboy” will be held at MEDICINE HAT EXHIBITION AND STAMPEDE GROUNDS, Pioneer Village, 2055 – 21st Avenue SE, on Tuesday, August 20th, 2019 at 2:00 p.m. “Wear your Wranglers”. Memorial gifts in Lee’s memory may be made to the Southern Alberta Brain Injury Society, 102, 2116 – 27 Avenue NE, Calgary, Alberta T2E 7A6. Condolences may be sent through www.saamis.com or to condolences@saamis.com subject heading Lee McKenzie. Funeral arrangements are entrusted to