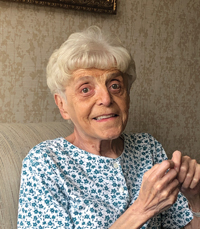 Ethel Jane Reuer, aged 70, passed away on August 12th after a long battle with cancer. Ethel leaves behind her daughter, Marcie Reuer (Jay Fassett); her sister, Janice Austin and family – Tami Anton (Walter), Steve (Amanda) Austin, Scott (Dawn) Austin; her brother-in-law, Fred Ammann and family – Darren (Sarah), Todd (Elisha). Ethel also cherished her great nieces and nephews – Tanner Ammann, Tyler Ammann, Grace Ammann, Emily Ammann, Austin Anton, Jenna Austin, Jaylyn Austin, Izabel Austin and Kassidy Austin. She was predeceased by her parents Otto and Frieda Reuer, her sister, Audrey Ammann and brother-in-law, Jimmy Austin. Despite being a family of two, Ethel never felt that way as her sisters Audrey and Janice always made sure her and Marcie were a part of their respective families. Ethel also always had the coffee on for her many friends that would drop in for visits when they were in the neighborhood.

Ethel was born in Galahad, Alberta in 1948 and spent most of her childhood on the family farm in Alliance, Alberta before the family sold the farm and moved to Medicine Hat, Alberta. Ethel fondly remembered her time on the farm recalling memories of the antiques, farm animals, her adventures with her sisters and her dog, Cuddles. After high school, Ethel attended Garbett’s Business School and worked in several occupations as a telephone operator, administrative assistant, housekeeper and single mother. In her early twenties, her adventurous spirit took her to Nanaimo, BC, where she lived for several years before returning to Medicine Hat where she raised her daughter, Marcie which was her special treasure. She was generous with her time volunteering at Alcoholics Anonymous and Webster Niblock School as well as doing many favors for friends and family. Throughout Ethel’s life she overcame many hardships and was known for her spirited personality. Ethel was most proud of her ability to be generous, despite being poor and to carry on and do the best she could, despite difficulty. A celebration of life service will be held for Ethel at the Medicine Hat Legion on Friday, August 16th at 11am, with lunch to follow. The family would like to thank the Staff of Foothills Hospital, Medicine Hat Hospital and the Doctors, Nurses and Staff of the Carmel Hospice at St. Joseph’s Home for their compassion and care of Ethel. Memorial gifts in Ethel’s memory may be made to the Carmel Hospice at St. Joseph’s Home, 156 – 3rd Street NE, Medicine Hat, Alberta, T1A 5M1 or to the Canadian Cancer Society.