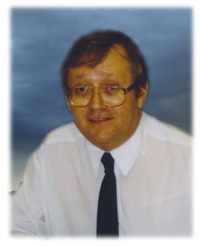 Mr. Cameron Louis Lyons passed away at the Medicine Hat Regional Hospital in Medicine Hat on Tuesday, September 3, 2019, at the age of 70 years. He was born on August 3, 1949, in Flin Flon, Manitoba to Thomas and Pearl Lyons. Cameron was raised in the area until joining the Canadian Armed Forces in January 1971. He worked as a Teletype Operator for more than five years before a Honorable Discharge in November 1976. Cameron worked as a Duty Manager for the Calgary International Airport and continued his work as a Federal Employee in Red Deer until his retirement to Medicine Hat. He was a long-time member of the Royal Canadian Legion in Manitoba and Medicine Hat. Cameron’s memory will be treasured in the hearts of his siblings; sister, Eileen Davis of Medicine Hat; brothers, Gordon Lyons of Medicine Hat and Terry (Violeta) Lyons of Flin Flon, MB as well as numerous nieces and nephews. He was predeceased by his parents, Thomas and Pearl Lyons of Red Deer. The family would like to express their gratitude to the doctors, nurses, the RT department on 4 West and the ICU at the Medicine Hat Regional Hospital for the excellent care Cameron received. In honour of Cameron’s life, a private family graveside service will be held with Deacon Terry Olson officiating. If friends so desire, memorial tributes in Cameron’s name may be made directly to a charity of one’s own choice. (Condolences may be expressed by visiting our website at www.cooksouthland.com) Honoured to serve the family is