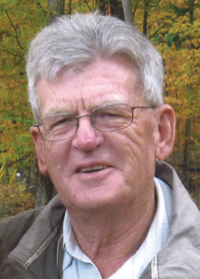 The Funeral Mass will be celebrated at St. Michael’s Catholic Church, 1113 – 1 Street East, Bow Island on Monday, September 30, 2019 at 10:30 A.M. A private burial will follow at the Bow Island Cemetery. Condolences may be forwarded by visiting our website at www.southlandfuneral.com.

Frank was born on January 24, 1936 in Rjjsbergen, Holland. At the age of nineteen, Frank came to Canada settling in southern Alberta. He met his loving wife Anne and together they enjoyed over sixty years of marriage.

For many years he enjoyed life on the farm. He had an entrepreneurial spirit and enjoyed new ventures. Frank and Anne enjoyed many winters in Arizona, along with travel and time spent with family and friends. Some of his favourite pastimes were golfing, fishing and coffee row with his buddies.

If friends so desire, memorial tributes in Frank’s name may be made by cheque, directly to the Longterm Care Resident and Family Council, Box 3990, Bow Island, Alberta T0K 0G0.

One Condolence for “FRANK VANDEN BROEK”