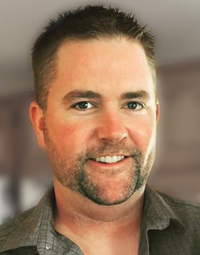 It is with heavy hearts that we announce the sudden passing of Sean Paul Claggett on September 24th, 2019, in Whitecourt Alberta, at the young age of 32. Sean is survived by his loving wife Miranda, their children Jaxen and Madilyn, mother Wilma Struys (Gerald), brother Ryan (Jocelyn), sister Courtney, nephew Emmett, niece Aubry, Grandma Jean (Grandpa Paul †), numerous aunts, uncles and cousins in both Canada and Holland, as well as an incredible host of friends. Sean was predeceased by his father Kirby Dean Claggett, uncles Rodger Kienzle and Dale Weatherhed, paternal grandparents Patrick and Katherine Claggett, as well as grandparents Tony & Johanna Struys. Following cremation, a celebration of life will take place on Wednesday October 2nd, 2019 at 10:30am at the Whitecourt Family Worship Centre. A trust fund will be set up at the Alberta Treasury Branch in Whitecourt, AB to assist Miranda and her children for future needs.