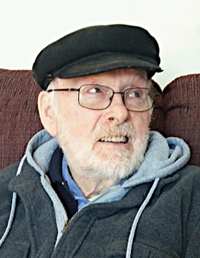 It is with a heavy heart that we say farewell to our dearly loved Husband, Father, Brother, Uncle, Grandfather and Friend. Nelson Howard “Hank” passed away peacefully on Monday, October 1st, 2019 at the age of 85 years surrounded by his family. He leaves to cherish his memory his children, Kim, Tim (Laurie), Cheryl, Brent (Kerry); grandchildren, Travis, Alicia (Dan), Kiersten (Ryan), Joshua (Steph), Kendra (Mark) and Michael (Jaylene); Brothers, Roger, Cecil (Roma) and Bob (Aldean); Sister, Joan (Nick); numerous Nieces and Nephews; and extended family and friends. Nelson was predeceased by his loving wife, Elaine; parents, Reg and Edith; infant son, Scott; and seven siblings. Nelson was born October 25th, 1933 and raised in Portage La Prairie, MB where he married Elaine MacKey, his high school sweetheart on May 19th, 1954. After a distinguished career of 28 years in the Canadian Armed Forces, he retired with the rank of Major and went on to a second career with the ALBERTA Energy Company retiring at the end of 1995. Nelson was very much a “people person” and was a dedicated member of the Redcliff Legion. A great family man, he enjoyed spending time with his children and grandchildren, extended family and friends. The family would like to express their appreciation for the excellent care and compassion given to our loved one by the team of nurses, doctors and administrative staff of the Medicine Hat Regional Hospital. The Funeral Service will be held at SAAMIS MEMORIAL FUNERAL CHAPEL , 1 Dunmore Road SE, on Monday, October 7th, 2019 at 11:00 a.m. with Gary W. Goran officiating. Members of the Redcliff Legion Branch #6 will conduct a Poppy Service for their comrade. A private interment will be held at Redcliff Cemetery. Memorial gifts in Hank’s memory may be made to the Poppy Fund, c/o Redcliff Royal Canadian Legion Branch #6, 302 Broadway Avenue West, Redcliff, AB T0J 2P0. Condolences may be sent through www.saamis.com or to condolences@saamis.com subject heading Nelson Barrett. Funeral arrangements are entrusted to