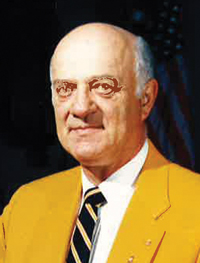 Mr. Leonard “Len” Tisnic of Medicine Hat, beloved husband of Esther Tisnic passed away on Monday, October 7th, 2019 at the age of 85 years. Leonard leaves to cherish his memory his children, Alvin (Sherry) Tisnic, Wanda (Brian) Dineen, Keith (Roberta) Tisnic; six grandchildren; 8 great-grandchildren; and two great-great-grandchildren. He was predeceased by his parents, Anton and Minnie; three brothers, and four sisters. Len was born June 22nd, 1934 in Kenaston, SK and attended school in nearby Chatham. As a young man, he farmed his parent’s home place. In 1957, he moved to Red Deer, AB, then South to Medicine Hat, AB. It was here that he met and married the love of his life, Esther. Len worked for the City of Medicine Hat for a few years before becoming foreman of the water department. Although earlier than planned, Leonard retired in 1997 as a result of his declining health. Throughout his life, Len was a very active member of the Moose Lodge where he held the position of Deputy Minister for two years. Len volunteered many hours at the Veiner Centre and with Meals on Wheels. He was also active in the Wise Owls program. Len was the proud recipient of the Golden Hero Award. When Len wasn’t busy helping others he loved golfing, fishing, cooking. travelling, and playing games. He enjoyed spending as much time as he could with his grandchildren and great-grandchildren. Those wishing to pay their respects may do so at SAAMIS MEMORIAL FUNERAL CHAPEL, 1 Dunmore Road SE, on Thursday, October 10th, 2019 from 7:00 to 9:00 pm, and on Friday, October 11th, 2019 from 10:00 to 10:55 am. The Funeral Service will be held at SAAMIS MEMORIAL FUNERAL CHAPEL on Friday, October 11th, 2019 at 11:00 am with pastor Bob Church officiating. Memorial gifts in Leonard’s memory may be made to the Alberta Heart & Stroke Foundation, 200, 119 – 14th Street NW, Calgary, AB T1A 7L5. Condolences may be sent through www.saamis.com or to condolences@saamis.com subject heading Leonard Tisnic. Funeral arrangements are entrusted to