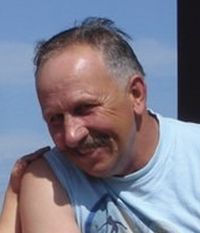 With Heavy hearts, we announce the passing of Lawrence “Jack” Johnstone of Kimberley, B.C. on September 20th, 2019 at the East Kootenay Regional Hospital at the age of 68.

Jack is survived by his children Jessie (Shaun) and Joshua (Jayna), his grandchildren Trinity, Justice, Shianne, Emma-Leigh, Annalee-Dawn, and Sylvie-Rowan, two brothers William, Gordon and his sister Hazel as well as many nieces and nephews.

Jack was predeceased by his wife Lee-Ann Johnstone (Matthews), his parents Bertha and Albert Johnstone.

Services will be held at a later date.

Condolences for the family can be offered at: www.mcphersonfh.com