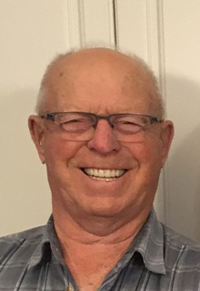 It is with great sadness that the family of Clifford Grant Hopkins announce his passing in Medicine Hat on Tuesday, October 29, 2019. Cliff was born in Nipawin, SK., on April 15, 1936 and raised in the White Fox area. He married his life partner, Doris on February 5, 1966. Cliff farmed with his brother, Edward (Ted) his entire career until he retired in 1996. At that time, Cliff and Doris retired to Medicine Hat. During retirement, Cliff enjoyed the open road with his motorhome, stops for pie and coffee as well as making new friends. Cliff was predeceased by his parents, Wes and Iola Hopkins; brothers, Howard, Lorne and Bruce; sisters, June Schroeder as well as a sister in infancy. Along with Doris, his wife of 53 years, Cliff leaves to cherish his memory a daughter, Debbie (Kris) Sapara of Yorkton, SK.; son, Clayton (Shauna) Hopkins of Red Deer, AB.; grandchildren, Morgan Sapara of Indianapolis, IN.; Kade Hopkins (Katy Emes), Kiera Hopkins and Kory Hopkins all of Red Deer, AB.; sister, Joan Douglas of Melfort, SK.; brother, Edward (Ted) of White Fox, SK.; brother-in-law, Arnold Schroeder of Swift Current, SK., along with many other relatives and friends. In honour of Cliff’s wishes, his life will be honoured and his memory cherished without the proceedings of a formal funeral service. A private family interment will be held in 2020 at the family plot at the White Fox Cemetery. (Condolences may be expressed by visiting our website at www.cooksouthland.com). Those wishing to remember Cliff may do so through a donation to the charity of one’s choice. Honoured to serve the family is

One Condolence for “CLIFFORD GRANT HOPKINS”