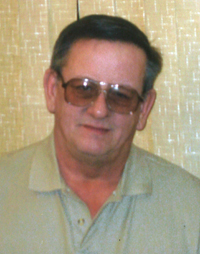 Lyle Patrick Gates, beloved husband of Marjorie Gates of Medicine Hat, passed away after a short battle with cancer, on Saturday, December 14th, 2019 at the age of 68 years. Lyle also leaves to cherish his memory his son, Chris Gates; his daughter, Holly (Doug) Gates; daughter-in-law, Amanda (Trevor) Ward; seven grandchildren, Kayla, Gavin, Preston, Joel, Jasmin, Tyson and Paige; three brothers, Murray (Linda) Gates, Brett (Deb) Gates and Randy (Colleen) Gates; as well as numerous nieces and nephews. Lyle was predeceased by his son, Curtis Gates; and his parents, Paul and Patricia Gates. Those wishing to pay their respects may do so at SAAMIS MEMORIAL FUNERAL CHAPEL, 1 Dunmore Road SE, on Thursday from 12:00 until 12:55 p.m. The Funeral Service will be held at SAAMIS MEMORIAL FUNERAL CHAPEL, on Thursday, December 19th, 2019 at 1:00 p.m. with Gary W. Goran officiating. A private interment will take place at Saamis Prairie View Cemetery. Memorial gifts in Lyle’s memory may be made to the Carmel Hospice at St. Joseph’s Home, 156 – 3rd Street NE, Medicine Hat, AB T1A 5M1. Condolences may be sent through www.saamis.com or to condolences@saamis.com subject heading Lyle Gates. Funeral arrangements are entrusted to