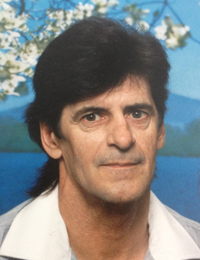 Donald David Kenny of Brooks, Alberta, beloved husband of Tracy Baksa, passed away in Brooks on Wednesday, December 11th, 2019 at the age of 68 years. Donald was born in Seattle, WA on April 13th, 1951 on vacation, returning to Medicine with his mother and brother, where he received his education and spent the majority of his life. Donald moved to Brooks in 2014, to the family farm with Tracy, where they raised Highland Cattle, and continued working together for Loomis Express. In early 2019, Don returned to the trucking lifestyle putting his truck on with Roberge Transport. Hauling cattle gave him a renewed spark for life, Don was an amazing truck driver and courier. He was a wonderful loving and caring generous spouse. Don will be remembered for his bright-flashy western shirts and appearing to be being rough around the edges. Don was an amazing man, loving husband, father and grandfather. He was predeceased by his mother Emma Bedker; brother Herb Kenny; sister-in-law Catherine Kenny; mother-in-law Angela Valli and nephew Kevin Kenny. Don is survived by his wife Tracy Baksa of 30 years; sons, Colin (Nicole) Kenny, Daniel Kenny, and Flynn Kenny; grandsons, Everett Kenny and Bowen Kenny; sister Carol (Alex) Syminton; sister-in-law Terry Baksa; brother-in-law Ces Valli and numerous nieces and nephews. A family service will be held. In memory of Don, if friends desire, memorial tributes may be made to STARS, Suite100, 1519 – 35th Avenue East, Edmonton International Airport T9E 0V6.

Cremation is entrusted to and conducted by Smith Funeral Home Ltd. and Crematorium, Brooks