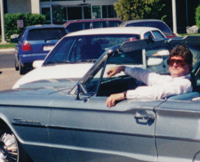 Leslie James (Les) Lesmeister passed away in Edmonton, AB after a lengthy battle with cancer at the age of 68. Les is survived by his sons Lee and Julian (Dana), and daughter Jodie (Jason), all of Edmonton; his grandchildren Joshua and Kirsten; mother Mildred Lesmeister of Medicine Hat; sisters Brenda (Henry) Stang of Edmonton, and Judi (Andrew) Coombes of Medicine Hat; brothers Terry (Tracy) and Joel, both of Red Deer. He was predeceased by former wife Joan; partner Florence; his father Anton (Tony); brothers Rodney, Dale, and Bruce; grandparents Nick and Margaret Lesmeister, and Henry and Amalia Kerbs.

Les was born and raised in Prelate, SK, the oldest of eight children. He attended Prelate School and St. Thomas College in North Battleford, and then moved to Edmonton, where he ran his own accounting business. He enjoyed attending CFL games, especially when the Riders were playing, and was an Oilers fan as well.

Les was a quiet, meticulous person who loved the city of Edmonton, and enjoyed a good glass of scotch and a great game of hockey or football. His last year on earth proved to be his greatest challenge; but this challenge also brought his family closer together, and it was because of the love of his daughter and daughter-in-law that he was able to leave in peace.

The family celebrated Les’ life with a private gathering in Edmonton, honouring his final wishes.