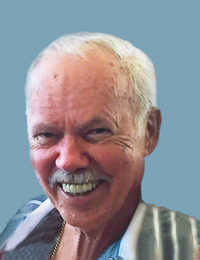 It is with profound sadness that the family of Edward Harrison “Ted” Emes announce his sudden passing on January 18th, 2020, at the age of 83 years. Ted was predeceased by his dearly loved wife, Carol Emes; his daughter, Terry; brother, Ken; and parents, Olive (nee Hawthorne) and Leslie Emes. He leaves to cherish his memory, his best friend and confidante, Gail Frandsen; son, Craig (Marnie) Emes; and daughter, Karen (Irv) MacDonald; grandchildren, Lyndsey, Craig, Sarah, Michael, Kristopher, Benjamin, and Madeline; great-grandchildren, Isabella, Maverick, Jaycee, Emily, Braydon, Lucas, Sydney, and Abby; Carol’s family; Angela and Rob; Peggy and her children, Mykayla and Jean (John) and their father, John; and numerous nieces and nephews. Ted also leaves to cherish his memory his special friends, Jason McDouall and family and Wayne Dyck and Kathy Pollock. Ted was born March 15th, 1936 in Grande Prairie, AB. During his elementary years, he lived in Granum, AB, during World War II, where his dad was stationed at RCAF Claresholm. In his teen years, the family moved North up to Beaverlodge where he completed his high school education. During those years he was involved in cadets and he also worked as a newspaper carrier. In the mid 1950’s, as a young man, Ted moved to Medicine Hat to work for his uncle at Hawthorne’s Men’s Wear. Thereafter, he went to work in the insurance profession and began what turned into a 30-year career with London Life as an underwriter where he was also a very active P.C. Associate for many years. Ted met and married Carol and together they were able to travel to Cuba and Mexico; drive to Alaska; and take many golf trips before her passing. Later, he was blessed to be able to travel to Scottsdale, Hawaii and Palm Desert with his best friend and companion, Gail. Ted also had a love for International trucks and John Deere tractors and enjoyed completing his own restorations as a hobby. He was on the executive of the Alberta Chapter of the American Truck Historical Society as both treasurer and membership chairperson and was a proud member of The Royal United Services Institute of Medicine Hat. Ted also made many friends through his involvement at Temple Baptist Church and St. Barnabas Anglican Church. He sincerely enjoyed participating in the times of fellowship that he shared with the men at breakfast on Saturday mornings. He was a very caring and lovable person, but he would always tell you how things were. He would tell you if you looked good but then he would also tell you to “go fix your hair”. He had fond nicknames for everyone and everything. He had a contagious smile and infectious laugh that could not be missed, and he would always say “Ya…Ya” and “I’ll get around to it”. He will be sadly missed by all those who knew and loved him. His family would like to extend their gratitude to the staff at South Country Village and Masterpiece Southland Meadows for taking such great care of him during the months that he was there. A Memorial Service will be held at ST. BARNABAS ANGLICAN CHURCH, 635 – 4th Street SE, on Monday, February 17th, 2020 at 10:00 a.m. with Reverend Oz Lorentzen officiating. Interment will follow at Hillside Cemetery. Memorial gifts in Ted’s memory may be made to a charity of your choice. Condolences may be sent through www.saamis.com or to condolences@saamis.com subject heading Edward Emes. Funeral arrangements are entrusted to