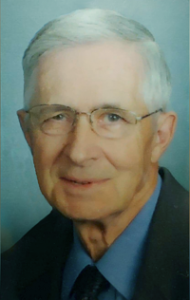 Martin Henry Maschmeyer answered the call of his Lord and Savior on Sunday, May 3rd, 2020 after a hard fought battle with several health issues. He leaves to cherish his memory, his wife, Dorothy, of almost 56 years; his dear daughter, Melissa (Les) Liptak; grandchildren, Jenaya and Jarrett; a dear son, Kevin; sister, Margaret (Ron) Towriss; brother-in-law, Melvin (Shirley) Heine; and sister- in- law, Loretta (Allan) Stanley; as well as several nieces and nephews. Martin was predeceased by his parents, Rev. Albert and Margaret (nee Hennig) Maschmeyer and two sisters, Lorraine and Irene. He was born in Rio Grande do Sul, Brazil on April 4th, 1936 while his parents served in the LCMS mission field. He was baptized and confirmed in the Christian faith. He attended schools in Brightview and Fairview, Concordia College, NAIT and SAIT. Martin and Dorothy (nee Heine) were married on June 27th, 1964 and lived and loved in the same house they built, all their married life. Martin was a journeyman electrician and worked for several companies in Medicine Hat before starting his own business, Marty’s Electrical Service. After suffering a stroke in 1992, he was forced to retire. Martin was an active member of St. Paul Lutheran church and enjoyed singing in the choir and serving on various boards. He loved “tinkering” on vehicles and anything he thought needed his “fixing”. He loved to play hockey, baseball, horseshoes, and curl. He spent many hours at the pool hall and Tim Hortons. He took great pride watching his grandchildren’s musical recitals, dance shows and hockey games. Martin’s family wishes to extend gratitude to all the “angels in disguise” who helped care for him over the years and to family and friends for showing their caring concern during this difficult time. A special thank you to Pastor Ken Edel, who helped to comfort Martin as he was being called home.

“Come to me, all you who are weary and burdened, and I will give you rest.”

A private interment will be held at Hillside Cemetery with plans for a celebration of life at a later date. Flowers are gratefully declined; memorial gifts can be made to St. Paul Lutheran Church, 515 Sprague Way SE Medicine Hat, AB T1B 4A7 or to a charity of one’s choice. Condolences may be sent to Saamis Memorial Funeral Chapel at www.saamis.com or to condolences@saamis.com subject heading Martin Maschmeyer. Funeral arrangements are entrusted to