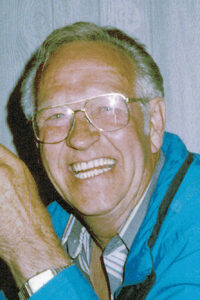 It is with immense sadness that we announce the passing of Bennie “Ben” Sackman of Lundbreck, AB on May 8, 2020. He was 79 years of age.

Ben was born in Medicine Hat, AB on September 22, 1940 to parents, Gottlieb and Linda Sackman. Along with his siblings, he was raised in a warm, nurturing home, and he grew up to be a kind, hard-working man. On February 20, 1960, Ben married Doreen Gosselin. The happy couple went on to be blessed with four wonderful children and forty-five years of marriage.

In August 2002, Ben and Doreen moved to the Crowsnest Pass, AB for their retirement which was realized after many years of camping and quadding in the area. Nothing made Ben happier than spending time with his family – every moment he spent with his children, grandchildren and great grandchildren was deeply cherished. Ben will be greatly missed and fondly remembered by all who knew him.

He was predeceased by his wife, Doreen; his parents, Gottlieb and Linda Sackman; his son, Doug; and his daughter, Wanda.

A private visitation was held at Fantin’s Funeral Chapel. In lieu of flowers, memorial donations will be gratefully accepted by the Jack Ady Cancer Centre (960 – 19 St. S., Lethbridge, AB T1J 1W5). Condolences may be registered at www.fantinsfuneralchapel.ca.