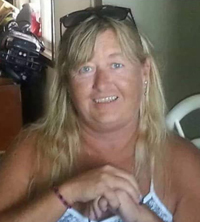 She survived by her two ex husbands Pete Thompson of Stirling, Ontario and Glyn Yuhas of Medicine Hat, Alberta. Survived also by her three children Jeff and his wife Erin Thompson of Madoc, Ontario, Tina Thompson and her boyfriend Darrel Shorter of Medicine Hat, and Justin Yuhas and Carly Quinzel of Medicine Hat and also 5 granddaughters, Hailey, Taleyah, Gwen, Peignton and Kyleigh and 2 grandsons Jack and Phoenix. She will be missed by many friends and extended family.