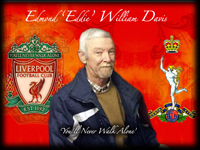 It is with heavy hearts that the Davis family announces the passing of Edmond ‘Eddie’ William Davis. Eddie passed away suddenly at his home on Saturday, May 16, 2020, at the age of 67 years. Eddie was born on November 5, 1952, in Liverpool, England. He was a brilliant man from the time he was a child when he attended school at the Liverpool Institute for boys. Some of Eddie’s accomplishments throughout his lifetime include but are not limited to the following: being invited to attend MENSA at the age of 12; military service in the Royal Signals for 23 years including two tours in Northern Ireland in the 1970’s; Helicopter Handling Instructor for NATO; recipient of the Long Service and Good Conduct as well as General Service Northern Ireland medals; retirement from his military career in 1996; an additional 20 years of service for the Canadian Corps of Commissionaires at CFB Suffield; a lifetime member of the Royal Signals Association as well as both the Royal British and Canadian Legions. Eddie married his loving wife and soul mate, Val, at Lions Park in Medicine Hat, Alberta on June 22, 1991. At that time, he was still a member of the British Military. Eddie and Val spent a lot of time in Europe as per his military postings until his retirement. Eddie was known for his BBQ’s as well as his yard parties and enjoyed “bevvies” with close friends and family. Eddie had lots of interests throughout his life that included watching English Premier League on Saturday mornings, especially the Liverpool F.C. team. He also enjoyed keeping current with events by reading his English newspapers online daily. Eddie was a proud veteran and should be remembered as such. Eddie is survived by his loving wife, Val; his son, Michael (Tiya) Davis as well as three grandchildren, Adryana Darlene Davis, Nicola-Rae Gail Davis and Trystyn-Lane Michael Davis of Medicine Hat, Alberta. He recently became a great-grandfather to two boys, Johnathan Michael Robert Marshall (born August 7, 2018) and Joseph Oliver Miles Davis (born April 30, 2020) of Medicine Hat. Eddie is also survived by his sister, Diana (Clive) Tresidder of Liverpool, England as well as numerous nieces and nephews. Eddie was predeceased by his parents, Edmond and Edith Davis as well as two sisters, Florence & Doris of Liverpool, England. A Celebration of Eddie’s life will be held at a later date. (Condolences may be expressed by visiting our website at www.cooksouthland.com) Honoured to serve the family is