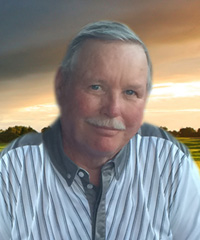 Garland Booker, beloved husband of Janis Booker of Redcliff, peacefully passed away in the comfort of his home while in the presence of family on Wednesday, June 17, 2020, at the age of 72 years. Garland was born on August 10, 1947 in Roblin, Manitoba. This is where he attended school and spent his younger years. As a young boy age 7, tradgedy struck when his father passed away and he was faced with living life without a father at such an impressionable age. As a young man he worked with his uncle logging in the bush and later made his way to Esterhazy where he worked in the mine. Garland married Janis Funk on December 7, 1968 and their marriage was blessed with two children, Tracy and Donald. He trained as a heavy duty mechanic in Brandon, Manitoba and later moved to Calgary where he worked in construction. Garland had ambitions and so in 1974, he moved his family to Redcliff and was one of the original partners in El-San Industries. The hard work and dedication of Garland and his partners made the company a great success. Garland enjoyed making wine, cooking, golfing and the likes of the outdoors hunting and fishing. He also liked to relax and read books and then share his knowledge with anyone who would listen. He had many “Garlandisms” that made him the character that he was. He was very social and would say, “There are no strangers, just friends I haven’t met yet.” He was well liked and well respected. Garland was a proud member of the Royal Canadian Legion, Branch #6 in Redcliff for over 40 years. He loved to travel the world and visited destinations that included Europe, China as well as many cruises. Family meant the world to him and above all, time spent with family was most important to him. Garland will be deeply missed by his wife Janis; children, Tracy (Steve) Forbes and their children, Brianna, Grant and Cassandra; Donald (Daria) Booker and their children, Ryan and James; a brother, Kelly (Denise) Booker; sisters, Lori (Darwin) Dirk and Lana Lietz (Dave) as well as numerous nieces and nephews. He was predeceased by his father, Donald Booker; his mother, Rita Booker (Lietz) and his father figure, Buck Lietz; a sister, Pam Ferris and a brother, Harvey Booker. By invitation, A Celebration of Garland’s life will be held at Cook Southland Funeral Chapel, 901 – 13 Street SW, Medicine Hat on Saturday, June 20, 2020 at 1:00 p.m. with Life Celebrant Gerry Getz officiating. Columbarium placement will follow at the Redcliff Cemetery. You are invited to gather for a time of fellowship at the Booker family residence, 231 – 5th Street SE, Redcliff, following the service on Saturday from 3:00 p.m. and on. Due to restrictions in place regarding COVID – 19 from the Chief Medical Officer of Health – funeral services are now limited to no more than 100 attendees including family and funeral home staff. As a courtesy, the celebration of Garland’s life will be live streamed through Cook Southland’s website. Those wishing to watch the service via the live stream are encouraged to visit www.cooksouthland.com and click the video stream button on the homepage at service time. (Condolences may be expressed by visiting our website at www.cooksouthland.com) Memorial donations in Garland’s name may be made directly to the Redcliff Royal Canadian Legion, Branch # 6, 302 Broadway Ave W, Redcliff, AB, T0J 2P0 or to the charity of one’s choice. Honoured to serve the family is