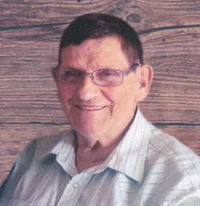 It is with a heavy heart that Dora announces the passing of her beloved husband, James William Reynolds, on Tuesday, June 16, 2020, at the age of 73 years. Along with Dora, James’ memory will be cherished by his daughter, Sonya as well as her children, Zander and Bella; siblings, Ernie Reynolds (Sandra) and Helen (Jerry) Hall; nephew Rob Reynolds (Pattie) niece, Annette Fahselt-Andreas (Clayton) and her family. He was predeceased by his parents, Stan and Ethel as well as his nephew, Wayne Reynolds. James was born on April 28, 1947, in Hagersville, ON., and was raised on a farm in Morse, SK. He received his journeyman certificate as a Heavy Duty Mechanic in Moose Jaw, SK. James married Dora Salter on December 19, 1970 in Swift Current, SK. They relocated to Saskatoon, SK., and later moved to Veinerville, AB., to retire in 1997. A private celebration of James’ life will be held on June 28, 2020 at 980-17 Street NE. 1pm-3pm.