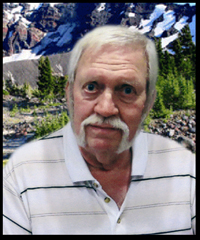 Wayne Walter “Corky” Grimm passed away in Medicine Hat on Wednesday, June 17, 2020, at the age of 77 years. Wayne was born on May 20, 1943, in Notikewin, AB., to proud parents, George and Dora Grimm. He later moved to Grimshaw, AB., then to Wetaskewin, AB., and eventually to Medicine Hat. Wayne will be terribly missed by his beloved wife, Louise of Halifax. Left to mourn his passing and celebrate his life are his son, Sheldon (Denise) Grimm of Millet, AB; two daughters, Shelly Grimm (Lance Touchette) of Peace River, AB., and Sharlene Grimm of Victoria, BC; two step-sons, Sean (Julie) Savoie and Joe Savoie; grandchildren, Amanda, Kail, Rhea, Erika, Madelaine, Cheyanne and Shelby; brother, Melvin (Faye) Grimm as well as numerous nieces, nephews and many wonderful friends. Wayne was predeceased by his parents, George and Dora Grimm as well as his brother, Maurice. The family would like to thank the nurses at St. Joseph’s Home – Carmel Hospice for the care and compassion they provided to Wayne during his time there. A private celebration of Wayne’s life will be held at a later date. Interment will take place at Three Lakes Cemetery near Grimshaw, AB., prior to the celebration. (Condolences may be expressed by visiting www.cooksouthland.com) Honoured to serve the family is