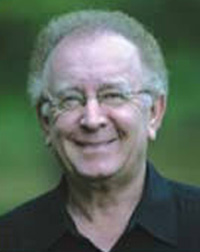 Dr. Terry Law was born Terrance Herbert Law on April 8, 1943, to the Reverend Herbert and Ann Law of Four Corners, Saskatchewan, Canada. He passed into the presence of his Lord on August 31, 2020, in Tulsa, Oklahoma. Terry was preceded in death by his wife, Janice (D’Arpa) Law. He is survived by his wife, Barbara Law, and children Misty Law Flurry, Scot Law, Rebecca Law, Shawna Law Lawrence, Jason Law, Laurie Law Wilson, and David Wolfer, and ten grandchildren. He is also survived by his family in Medicine Hat, Lorne and Lois Taylor, Lyle, Sharon and Linda Taylor as well as numerous nieces and nephews.

A celebrated graduate of Oral Roberts University, Class of 1969, Terry Law’s ministry as an evangelist and humanitarian for Christ spanned some fifty-four years, taking him into more than 100 nations, from the plains of western Canada to the deserts of Iraq, with special emphasis on closed nations.

Dr. Law’s early career began 1969, when he and the late pianist, Larry Dalton, formed “Living Sound,” a ministry that pioneered contemporary music concerts with preaching of the Gospel. During its seventeen-year run, Living Sound grew from its original thirteen members into four fulltime teams that won tens of thousands to Christ in dozens of nations on six continents. Along the way, he devoted himself to both evangelistic preaching and extensive humanitarian efforts, whether personally smuggling bags of rice across the frozen Tumen River into North Korea, delivering food, medicine, and clothing to refugees from al-Qaeda and ISIS, or preaching to audiences as large as a quarter million people in Poland. For these and his other efforts, Dr. Law gained the trust of such luminaries as his friend, Pope John Paul II, and the Presidents of Iraq and today’s Iraqi Kurdistan, where religious freedom initiatives he began in recent years are still in progress.

For all these achievements, Dr. Law’s proudest accomplishment and greatest legacy are the lives of his children, as well as the hundreds of ministries that sprang up from his preaching and discipleship. Throughout his life, he broke barriers thought impenetrable and ran into the storms that everyone else fled. He was, as the name of his life story suggests, a true “Storm Chaser.”

The Funeral Service can be viewed online on Tuesday, September 8 at 1pm CST (12pm MT) at www.Facebook.com/OralRoberts Universtiy./

For friends wishing to honor Dr. Terry Law’s life, donations may be given to Terry’s unfinished project: Fresh Water for the Ninevah Plains. Terry’s heart long burned with love and compassion for the people of this region. He recently began a project to provide fresh water to the villages of Kurdistan. If you would like to help complete this project, you may go to: www.terrylawspeaks.com/donate to contribute or mail donations to: 5109 E 107th Place, Tulsa, OK 74137.

One Condolence for “Dr. TERRY LAW”