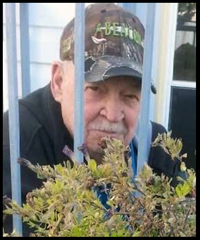 On Thursday, September 3, 2020, Bev’s husband and best friend of 56 years, James Glen Waddell ‘Grumpy Jim’, passed away after a short and intense battle with cancer. Along with his beloved wife, Beverly, Jim will be lovingly remembered by his son, Robert (Della); grandchildren, Ashley (Blaire), Jason, Kymberly (Richard) and Connor as well as great-grandchildren, Brayden and Arya, Todd, Troy, Rhianna, Lexi, and Beckett. He is also survived by his sister, Vera; sisters-in-law, Patty (Sid) and Susan; niece, Shauna as well as nephews, Scott, Jim (Karen), Lindsay (Lynette), Troy (Annie), Nathan (Abby) and their children. He was predeceased by his daughter, Jody Waddell-Wenaas; parents, Robert and Sybil Waddell; sister and brother-in-law, Doug and Mary Moser as well as his mother and father-in-law, Dave and Caroline Unger. Jim was born in Medicine Hat on December 11, 1937, and was a loving husband, father, grandfather, great-grandfather and friend. He loved spending his mornings with his coffee buddies at the D&D Diner – Petro Canada. Jim was a Navy veteran, an avid hunter, fisherman and a huge sports fan. He worked for Dowell for many years following his Navy career, then started his own oil field consulting company “Grumpy Jim Wellsite Supervision” and retired in 2010. Jim and Bev moved back to Medicine Hat in 2012, where they have continued to reside. A Come & Go Celebration of Jim’s life will be held at D&D Diner, 820 Redcliff Drive S.W., Medicine Hat on Saturday, September 12, 2020, from 4:00 p.m. until 7:00 p.m. In lieu of flowers, memorial donations in Jim’s name may be made directly to the Canadian Cancer Society, 200 – 325 Manning Road N.E., Calgary, AB., T2E 2P5. (Condolences may be expressed by visiting our website at www.cooksouthland.com) Honoured to serve the family is