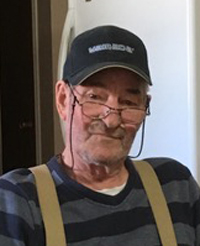 Leonard William Beatch of Medicine Hat entered into rest at Peter Lougheed Hospital in Calgary, Alberta on September 26, 2020 at the age of 82. Leonard was predeceased by his wife of 51 years, Delores in 2011. He is survived by his sons Dean Beatch (Winnie Tam), David Beatch (Linnea Hassard), Kelly Beatch, and his daughter Lee-Ann (Shane) Mann, all of Medicine Hat. Leonard is also survived by 7 grandchildren Matthew (Nicole), Melodi (Derek), Taylor, Karly, and Kyle Beatch, Kristen (Brad) and Braden Mann as well as 3 great grandchildren.

Leonard was born in Medicine Hat on March 28, 1938. On May 29, 1959 he married Delores Deering and they lived in various small towns while Leonard was with the Alberta Wheat Pool. They moved back and set up farming in 1974 in the Rattlesnake Dam area. They moved to Medicine Hat in 1998 and Leonard worked part time at the Coop gas station in Crescent Heights for a few years. Leonard enjoyed carpentry, curling and doing word search puzzles and had a wonderful dry sense of humor. He will be greatly missed. At dads request there will not be a funeral, we will honor his memory in our hearts. If you are wishing to donate in memory of Leonard please direct it to the Medicine Hat Food Bank.

One Condolence for “BEATCH”