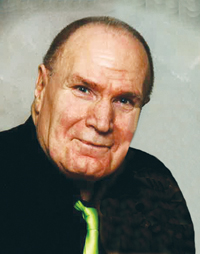 Roger Samuel Kessel passed away on October 14th, 2020 at the age of 71 years. He is survived by his loving wife of almost 38 years, Marge; son, Derek Kessel; step-children, Cliff, Edith and Steve Gorzo; adopted son, Dan Kessel; sister, Ruth Hasjford; brothers, Allan, David and Roy Whitlock; Uncle Eddie; as well as numerous nieces, nephews and cousins. He was predeceased by his parents, Cliff and Frieda Whitlock, Uncle Rudy, and son-in-law, Ray Deering. Roger was born and raised in Maple Creek, SK and spent most of his working career as a ticket and freight agent at Greyhound Bus Depot in Medicine Hat. He loved travelling across Western Canada, especially when Marge made wrong turns and it became a more interesting adventure. Roger will be deeply missed by all those who knew him. A private family gathering will be held and a Celebration of Roger’s life will also take place next spring. Donations in Roger’s memory may be made to a charity of your choice. Condolences may be sent to condolences@saamis.com subject heading Denyse Aberle. Funeral arrangements are entrusted to

One Condolence for “ROGER SAMUEL KESSEL”