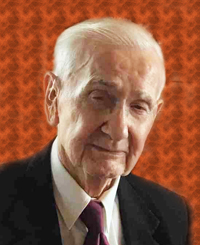 Mr. Wilbert Schimpf, beloved husband of the late Marion Schimpf, of Medicine Hat, passed away Sunday, October 25th, 2020 at the age of 93 years. Wilbert also leaves to cherish his memory his two sons, Kevin (Natalie) of Medicine Hat and Lance (Aline) of Parkland County; grandchildren, Nicole, Jacob and Alexandra; two sisters, Bertha Schimpf and Vivian Glesman; as well as numerous nieces and nephews. He was predeceased by his loving wife; parents, Alexander and Katherina Schimpf; and his two brothers, Edward Schimpf and Harold Schimpf. Wilbert was born August 26, 1927 on the family homestead in Estuary, SK. Wilbert attended school in rural Saskatchewan, completing his high school education in Leader, SK. He helped his parents on the family farm in Estuary, SK until their retirement to Calgary in 1953. He took over working the farm and in 1958 he married Marion. Together, they had two sons and raised them in Medicine Hat, AB while Wilbert continued to farm in SK during the summer months and work odd jobs in the winter. The Funeral Service will take place at River Valley Community Church on Friday, October 30th, 2020 at 1:00 pm. A private family graveside service will follow. Those who wish to honour Wilbert’s memory may send a donation to the River Valley Community Church, 1101 Queen Street SE, Medicine Hat, AB T1A 1B3. Condolences may be sent through www.saamis.com or to condolences@saamis.com subject heading Wilbert Schimpf. Funeral arrangements are entrusted to