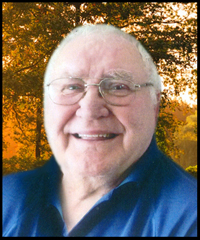 Mr. Emil Roloff passed away at the Medicine Hat Regional Hospital on Thursday, November 5, 2020, at the age of 82 years. He will be lovingly remembered by his children, Elizabeth ‘Liz’ (Doug) Unrau and Julie (Allen) Helm; grandson, Austin Helm; sisters, Ella Reuer and Hilda Wohlford as well as numerous nieces and nephews. Emil was predeceased by his companion, Anne Haubrech and his parents, John and Bertha Roloff (nee Haas). Emil was born on May 14, 1938, in Bessarabia. He and his family endured many hardships during the war including camps in Poland. Thanks to the sponsorship of his dad’s uncle, they immigrated to Canada in 1952 and resided in Redcliff. Emil worked in the Redcliff greenhouses for a short time to help support the family. He then started in construction, working for Albert Stober as a labourer, where he continued to work until getting a job at Dominion Glass in 1964. He married in 1961 and started a family. Emil then got an opportunity to work at Western Canadian Fertilizers and would also do side cement jobs on weekends and evenings after work. He eventually went on to start his own cement business. Emil worked very hard to provide his family a comfortable life style so they could do the things they loved: camping, fishing, skiing and playing cards with friends. Later in life, he and his companion Anne made a life together, along with their little dog, Kizzy. They both meant the world to him. When Anne passed away he moved into a senior’s home. Emil was a very hard worker who had a heart of gold who would give you the shirt off his back. His favourite thing was eating the fresh fruit off the trees in the Okanagan when they would go on holidays. He will be truly missed by his family and friends. The family would like to thank all of the doctors and nurses on 4 West for all of their support. A private family service will be held at a later date. In lieu of flowers, memorial donations in Emil’s name may be made directly to the Canadian Diabetes Association, Suite 220, 6223 – 2 Street S.E., Calgary, Alberta, T2E 1J5. (Condolences may be expressed by visiting our website at www.cooksouthland.com) Honoured to serve the family is