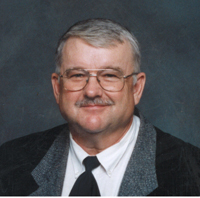 Terrance Carpenter passed away suddenly on October 26, 2020 at the age of 72 years. He leaves to cherish his memory, his wife, Marie Carpenter; Children, Andrew (Deborah), John (Naomi), Angela (Gregory), James (Rhonalyn); fifteen grandchildren, Rebekkah, Sarah (Cole), Joshua (Sonya),Caleb, Grace, Brandon, Justin, Christian, Melody, Ashley, Brooke, Courtney, Kaylee, Lily and Ellie; three great grandchildren, Eve, Eli and Lucas; and brother, Miles (Fern) as well as numerous nieces and nephews. Terrance was predeceased by his parents, Perley and Rheta and brothers, John and Murray Carpenter; and sister-in-law, Ada. Terry was born in Woodstock, New Brunswick, graduated Southern Carleton High School in Woodstock. He then went on to Maritime Forest Ranger school in 1971. Terry moved to Abernathy, SK in 1976 and worked for United Grain Growers as a grain buyer, then moved to Langenburg, SK. Where he continued with UGG. In 1988 Terry received volunteer of the year award for the province of Saskatchewan. Terry was actively involved with the Boy Scouts of Canada for over 30 years. Some of his accomplishments include the 16th World Jamboree in 1989 in Australia. Terry’s career spanned from elevator manager to District manager with UGG in Peace River, Alberta. Terry’s work ethic was like none other. While there he served as town counselor, started his own grain company and instilled his hardworking values into his four children. Terry will be forever remembered for his generosity and giving heart. Memorial gifts honoring Terry can be made to The Boy Scouts of Canada 1345 Baseline Road, Ottawa, On K2C 0A7 or The Salvation Army 164 Stratton Way SE Medicine Hat, Alberta T1B 3R3. Condolences may be sent through www.saamis.com or to condolences@ saamis.com subject heading Terrance Carpenter. Funeral arrangements are entrusted to