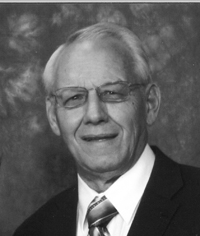 It is with great sadness that our family mourns the loss of Wayne Campbell on Wednesday, November 18, 2020 at the age of 76. Wayne leaves to cherish his memory his loving wife of 44 years, Elizabeth; daughter, Michelle (Stan) Hansen; son, Michael (Laura) Campbell; grandchildren, Ethan, Nathan, Linden, Kesler and Leighton; sister, Cheryle Heeney of Alliston, ON; brother, Dale (Jane) of Calgary, AB as well as numerous nieces and nephews. Wayne was predeceased by his parents, Robert and Doreen Campbell. He was born and raised in Alliston, Ontario. He was involved in sports teams, choir and the Grey & Simcoe Reserve Militia. He then moved to Alberta in the 1970’s, where he met and married Elizabeth in 1976. In 1979 their family settled in Medicine Hat. Wayne had a multitude of careers which included the financial industry, co-owner of South Country Datsun, partsman and owner/operator of Hawk Coach Lines until his retirement. Wayne was an integral part of creating the MHARA, building the first dirt race car track in Medicine Hat. He loved to race his Datsun in the Mini Class and was president of the club for several years. Wayne was also involved with Redcliff Minor Hockey in Southern Alberta for many years. Some of Wayne’s simple pleasures included camping, golf, watching NASCAR and participating and watching sports with his kids and grandkids. Wayne will be forever missed by his family and friends. A Celebration of Life will be held at a later date. The family would like to thank Dr. Ahmad and his team at the Renal Clinic for their excellent care and compassion. In lieu of flowers you may donate to the Kidney Care Clinic of Medicine Hat (#666 5th Street SW). Condolences may be sent to condolences@saamis.com, subject heading Wayne Campbell. Funeral arrangements are entrusted to