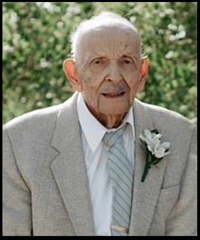 Silvio Talarico passed away at the Medicine Hat Regional Hospital on Wednesday, November 25, 2020, at the age of 97 years. Silvio was born in Bellevue, Alberta and was educated while enjoying an adventurous childhood in the Crowsnest Pass. In 1949, he obtained his First-Class Projectionist License. He moved to Medicine Hat where he worked between the Roxy and Monarch Theatres. In July of 1954, he married the love of his life, Sheila (nee Anderson) and they shared the next 63 years together. He worked briefly at Dominion Glass and in 1964, joined Cablevision while continuing to work at the Monarch until its closure under Famous Players in 1983. In 1988, he received his forty-year pin from Local 302. Silvio was a member of the Medicine Hat Rifle and Revolver Club where he won numerous awards for his marksmanship. He enjoyed spending time at his “little house in the mountains” with family and friends, fishing, watching movies and was an incredibly talented fly tier and artist. He was chief babysitter of the grandchildren and loved every minute. Silvio leaves to cherish his memory his son’s, Joe Talarico, and Don (Lisa) Talarico; daughter, Patty (Ron) Roth; grandchildren, Sasha (Alex) Teierle, Ashley (Dan) Talarico-Livingstone, Melissa (John) Serbu, Kelsie (Cole) Kirchner, great-grandchildren: Sofia, Emily, Brayden, Asher, Austin and Bennett; brother, Emilio (Martha) Carol and Rob; sister-in-law, Joan Standish as well as numerous nieces and nephews. He was predeceased by his wife, Sheila; parents, Giuseppe and Giusepinna Talarico and brothers, Johnny and Frank. A private family service will take place at a later date in the Crowsnest Pass. (Condolences may be expressed by visiting www.cooksouthland.com) Memorial donations in Silvio’s name may be made to the charity of one’s choice.