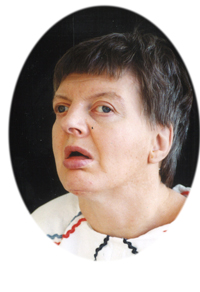 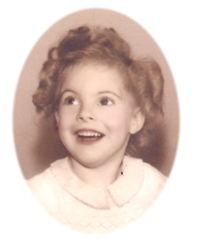 Diane Judy Simmons passed away December 9th, 2020. Diane was predeceased by her parents Frank and Hazel Simmons and will be lovingly remembered by her sisters, Darlene (Arnie) Macauley and Debbie (Randy) Zaiser; brother, Rod (Wanda) Simmons; along with six nieces and nephews. Diane was injured at birth and needed constant care. Mom and Dad spent their entire lives supporting Diane and making sure she was well cared for. As a teenager, Diane lived in the Michner Centre in Red Deer. Several times a year our family would pick up Diane and drive to Sylvan Lake. Diane Loved to walk in the water, be pushed on the swing, and eat ice cream. Diane also lived in a Lethbridge group home for 20 years. The caregivers would take her to their homes for getaways. The last years of her life were spent in the Alfred Egan home in Bow Island where she was given exceptional care. We would like to express a very special thank you to the caregivers who made her life as enjoyable as possible; taking her swimming, on park outings, to summer camps, and on community outings. Diane’s caregivers knew her mischievous smile and would hold her hand until she decided she didn’t want to. They were family to her, and we are grateful. No funeral service will be held. Memorial gift’s in Diane’s memory may be made to the Bow Island Health Centre for the Alfred Egan Home, 938 Centre Street, Bow Island, T0K 0G0. Condolences may be sent to condolences@saamis.com subject heading Diane Simmons. Funeral arrangements are entrusted to