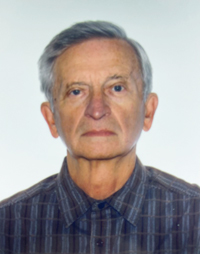 John Leeb of Nanaimo, BC, formerly of Medicine Hat, Alberta, passed away peacefully on Sunday, December 20, 2020 at the age of 87 years. He leaves to cherish his memory, his loving wife of 65 years, Sieglinde; his son, Harold (Joy); grandson, Jared (Elizabeth); granddaughter, Amber (Shamis); brother Alex (RoseMarie); sister Ann (Frank); brother- in- law, Eric; Aunt Rose and cousin John; numerous nieces and nephews; as well as cousins in Germany and Romania. Predeceased by his parents, Anselm and Teresia; his sister, Mary; his uncle John; and niece Alixes.

John was born October 1, 1933 in Knees, Banat, Romania. He often spoke of the hard times during his early years; being raised by his grandparents when his parents were sent away and how relentless his grandmother was at seeing lawyers to obtain passports and visas so John and his brother, Alex, could join their parents and sister who had immigrated to Lancer, Saskatchewan in 1948. However, complications with the visas meant an arduous journey, with John and Alex finally arrived in Canada in August, 1950. The family moved to Medicine Hat, Alberta in 1951.

John worked at I-X-L Industries in Medicine Hat, retiring in 1992, after 40 years. John and Sieglinde enjoyed socializing with friends at the German Canadian Harmony Club in Redcliff. They spent many happy times taking road trips and camping with their Volkswagen Westfalia camper. They liked to spend winters in California, Nevada or Hawaii and were extremely fond of taking cruises. They relocated to White Rock, BC in 1994. In 2016, they moved to Nanaimo, to be closer to their son, Harold.

In recent years, John suffered from many health issues but he suffers no more.

Our mind holds the memories,

Our heart keeps the love,

Our faith lets us know

That we will meet again.

At John’s request, there will not be a funeral service.

One Condolence for “JOHANN (JOHN) LEEB”