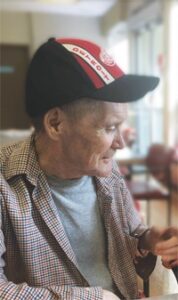 Rodney, or John, as was his preferred name, passed away on January 29, 2021, in Calgary, Alberta at the age of 71 yrs. He was born in Calgary, July 8, 1949, and in 1956 his family moved to Medicine Hat, Alberta, where Johnny and his five siblings grew up. Young Johnny was an avid hockey player. He was the eldest of three sons and began working for his father at an early age. He later worked in the oilfields in Alberta and British Columbia over a period of time. Rural and western themes appealed to him. He enjoyed western movies, western music, rodeos and attending the horse races, hitting the highway and tinkering with cars. In the early 1980’s he suffered lingering injuries from an industrial accident, creating complications in his life. Johnny made Calgary his home base throughout most of his adult life. He is survived by his daughter Lenora; granddaughter Faith; Sisters Colleen Freundl and Sandra Vinnish (Lewis); Brother Douglas; as well as two aunts, numerous nieces, nephews and cousins. Johnny was predeceased by his parents; sister Elaine and brother Howard. Cremation in care of Foster’s Garden Chapel. A memorial gathering will be announced at a later date. Expressions of sympathy may be forwarded to the family, via the website: www.fostersgardenchapel.ca