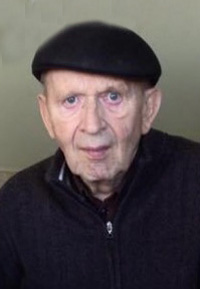 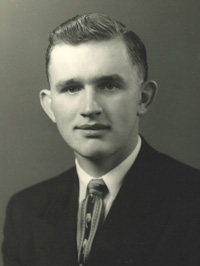 It is with great sadness that the family of Eric Wirzba announce his passing on February 27, 2021 in Medicine Hat, Alberta at the age of 84 years.

Eric was born on May 3, 1936 in Martinshoehe, East Prussia to August and Olga Wirzba. He was the fourth oldest child of six children.

He is predeceased by his eldest sister Wilhelmine; older brothers Emil and Alex; younger brothers Guenther and Gary.

Eric leaves to cherish his memory of his wife of 60 years Ingrid; son Wally; daughter Marlies; daughter in law Anna; two grandsons Brett and Jaxon. He also leaves a brother-in-law, 5 sister in laws and numerous nieces and nephews.

Eric always sought opportunity and was proud to have worked early on for Dorigatti Construction and Horton Steel works. In 1973 he created a company alongside 2 of his brothers Emil and Alex incorporated as “Wirzba Bros. Construction.” It would remain in business for 30 years. In 1992, in partnership until his son Wally and daughter Marlies began a Tim Hortons franchise that continues to operate to the present.

Erics faith in Jesus Christ was the cornerstone of his life. He was in involved in church early in his life at the encouraging of his parents. It meant a great deal to him seeing the faithfulness of his parents to God who had an enormous influence on him and the entire family. Eric was honored to be a member and serve in a myriad of roles at the Bethany Baptist Church in Lethbridge for 47 years. Recently he attended First Baptist Church in Lethbridge, he cherished the fellowship and desired to become more involved, but with declining health it made it more and more challenging. He was blessed by the monthly devotionals that Pastor Bruce would provide.

Eric lived a full life and was able to knock off quite a few of his bucket list items. Two of note were a holy land tour to Israel with his daughter Marlies, and an across Canada train ride with a lifelong friend from Germany. Eric enjoyed spending time with his grandkids, DIY projects around the house, going to Tim Hortons for coffee with his friends and brothers, doing word search puzzles, BBQ amazing steaks for Wally and his friends and taking his daughters dog Sammi for walks and a haircut.

In 2004 Eric would begin a slow journey of declining health that would escalate to greater and greater medical attention. We have so many people to thank for the love and care shown to Eric during these past few years. We would like to extend a sincere thanks to Kei and Grace from First Baptist Church. The Nurses and Doctors at Lethbridge Regional Hospital. The staff at Sunny Side Nursing Home, and all the wonderful people at Riverview Care Nursing home and the Medicine Hat Regional Hospital.

A private family Funeral Service will be held at 1:00 pm, on Wednesday, March 10, 2021. The family invites those who wish to watch the service via livestream at www.mbfunerals.com and scrolling to the bottom of Eric’s obituary. Interment to follow in the Mountain View Cemetery.

Flowers are gratefully declined. For those who wish, memorial donations may be made to the Canadian Baptist Ministries, 7185 Millcreek Dr, Mississauga, ON L5N 5R4.