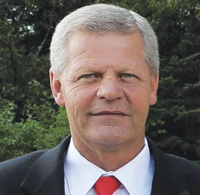 Rick passed away comfortably at age 67 at the Red Deer Hospice surrounded by loving family, on Saturday, September 5, 2021 after a valiant and courageous battle with Leukemia and Lymphoma. He will be remembered as a loving and strong father, uncle and grandfather. Rick was born in Medicine Hat Alberta to Tena and Edwin Friesz December 8, 1953. He excelled in baseball and hockey as a youth, even winning a little league baseball national pennant in 1966 with the Richardson Reds. After graduating high school, Rick attended Princeton University on a full hockey scholarship, graduating with a degree in Environmental Geology in 1976. Attending an Ivy League University in the US was a very big deal for a kid from small town Alberta, and something of which he was immensely proud of along with the wonderful lifelong friendships he made with his team mates and classmates at Princeton.

Rick met the love of his life Barb through mutual friends at a party in the Winter of 1976, and they were married August 30, 1980. Living in Calgary until 1985, and moving to Red Deer to settle and raise their family that spring in the family home on West Park crescent in 1988. Rick always loved playing, coaching, watching, and being around sports his whole life. He was an avid fan of the Montreal Canadiens, and more sensibly later in life the Calgary Flames. He was a long time member at the Lacombe Golf and Country Club and loved playing, as well as watching golf. Especially The Masters tournament, and the potential for a Fred Couples charge on the weekend. His summers were spent at the family cabin on Buffalo Lake, Alberta. Rick loved to go fishing, and kept busy puttering around the yard at the cabin. He made lasting friendships with the wonderful community in Rochon Sands, and was always up for a campfire and a cold beer.

A celebration of life for Rick will be held at Parkland Funeral Home on Friday, September 10th at 1:00pm. For those unable to attend, please go to www.parklandfuneralhome.com and click on the Live Stream button. In lieu of flowers, skate laces, rolls of duct tape or jars of odd screws, donations can be made to the Red Deer Hospice Society, and the Central Alberta Cancer Center at Red Deer Regional Hospital. Condolences may be sent or viewed at www.parklandfuneralhome.com. Arrangements in care of Parkland Funeral Home and Crematorium, 6287 – 67 A Street (Taylor Drive), Red Deer. 403.340.4040.