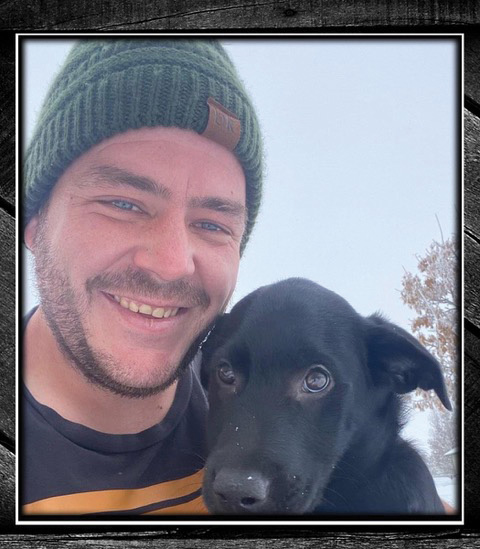 EDWARD CALEB CODY BROST January 31st, 1990 November 18th, 2022 Ed Brost leaves to mourn his passing his father, David Brost (stepmother, Jacquie Pill); three sisters, Tamara Brost of Vancouver, WA, Tristan Brost (Devon Potter) of Carseland, AB and Sydney Brost of Colorado Springs, CO; grandparents, Jim Brost & Joyce Aman of Medicine Hat, AB; special friend, Tammy Klassen of Longview, AB; numerous aunts, uncles, cousins and friends. He was predeceased by his mother, Debra Brost; grandparents, Charles & Helma Bow; daughter, Ryder Lily Brost.
Ed was born in Lethbridge, AB on January 31st, 1990. He lived with his family in Medicine Hat, AB until 1992 when they moved to Irvine, AB. For the next 2 years, Ed travelled around the U.S. and Canada with his father doing long haul trucking. Ed then attended school at Irvine School. He loved playing hockey & baseball and just playing with his friends. In 2003, the family moved to a small farm in the Wisdom, AB area & Ed helped out a lot with the farm chores, going to school and playing hockey in Redcliff, AB where he made many special friends. In 2006, Ed and his father moved to Bow Island, AB where they resided together until 2011 when Ed moved to Brooks, AB and began a career in the oilpatch working for different companies over the years.
Ed was a very loving and caring person with a quick smile and an infectious sense of humour. He will be sadly missed by all who knew him.
For those wishing to pay their respects, a public visitation will be held on Monday, November 28th, 2022, from 12:00pm 4:00pm at Grace Memorial. Condolences may be made at www.gracememorial.com. Arrangements are made by
Grace Memorial Affordable Burial & Cremation 1924 10th Ave N.W. Medicine Hat, Alberta T1C 1T5 www.gracememorial.com 403-905-0440