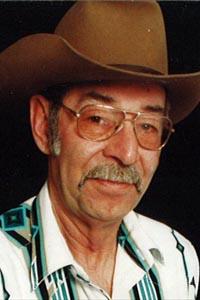 BILL DAVIS, beloved husband of Eleanor of Pincher Creek, AB and loving father of Billy-Joe (Carolyn), Brian (Dawn), Deanna (David); grandfather to Blaine (Alyssa), Lance (Stacie), Lindsey (Austin), Krystal (Ken), Nicole, Ethan, Justin; great-grandfather to Cole, Mya, Braylee, Paige, passed away on Thursday, September 6, 2012 at the age of 69 years.
Also left to mourn are his brothers Bob and Lynn (Joanne); sisters and brothers-in-law, numerous nieces, nephews, cousins and a lifetime of close friends.
He was predeceased by his parents, his grandparents, his sister, and his nephew.
Billy was born July 18, 1943 to Joe & Rhea Davis in Lethbridge, AB. A brother for Bob and Joan. His first 5 years were spent on a farm in Wrenthem, AB. In 1949, the Davis family, with new addition Lynn, purchased a ranch in Pincher Creek; it was there that Billy spent his childhood, riding, fishing, exploring, playing “cowboys” with his brothers and attending school. He learned to play guitar and he, Bob and brother-in-law Ken had the distinction of being the first band to perform LIVE in a local bar. Billy was impassioned with cars, especially his “54 Meteor,” which he devoted his time to tinkering with and customizing. Billy married his “lifetime love,” Eleanor Anne Gilbert on April 27, 1963. They settled on the farm and raised 3 children. He continued to farm and raise cattle throughout his life. As owner and operator of Bill Davis Trucking, he loved swapping, “trucking” and “farming” tales with his many friends, neighbours and co-workers.
“The Farm” is home to everyone.
A Celebration of Bill’s life will be held at 2:00 P.M., Wednesday, September 12, 2012 at the PINCHER CREEK COMMUNITY HALL, with Reverend Brent Woodward, Officiating. Interment to follow at Fairview Cemetery, Pincher Creek, AB.
Memorial Donations may be made to the Children’s Wish Foundation, 339-50th Ave. S.E., Calgary, AB, T2G 2B3.
Eden’s Funeral Home and Crematorium
966 Elm Street
Pincher Creek, AB
Phone: 403-627-3131
Email: condolences@edensfuneralhome.com
www.edensfuneralhome.com