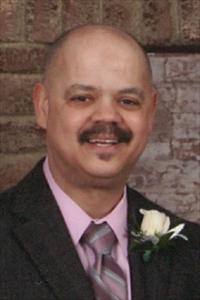 July 2, 1950 – September 29, 2012
IN LOVING MEMORY
Father/Papa/Son/Brother/Friend
Come unto Me, all ye that labour and are heavy laden, and I will give you rest. Matthew 11:28
WALLY has gone to be with the Lord God his Savior after a courageous battle with cancer. Left to mourn are daughters: Loretta (Andy) Del Mul, Sherri (Darry) Midtdal, Dawn (Mike) Peta. Sons: Christopher (Crystal) Matkowski, Nathanael (Amanda) Matkowski. Grandchildren: Christina, Cassandra, Lauren and Alana Del Mul; Ryan and Cole Midtdal; Jasmin Ly and Jared Gaehring; Gabrielle and Aryanna Matkowski; Conner, Luke and Ashlyn Peta. Siblings: James (Irene) Matkowski, Valerie (Bob) Bellaire, Eddie Prentice, Dave (Sandy) Prentice, Allan (Janice) Prentice, Marwood (Linda) Mills, Danny (Cheryl) Mills, and numerous nieces and nephews.
He was predeceased by: Father – Walter Charles Matkowski Sr., Mother – Violet Mae Mills, Stepfather Donald Mills, sons; Walter Todd James Matkowski and infant son Gabriel, and siblings; Marilyn and Billy.
Wally was born in Windsor, Ontario to a very large family. He met and married Marian Milton and they had three children (Loretta, Sherri and Dawn) together in Windsor. They moved west in 1974, where Todd was born in the Crowsnest Pass in 1977. He came to know Christ in 1980 and reveled in his newfound faith. He met Marisha Sookochoff and her son Christopher while living there. They were married in 1987 and Nathanael Aaron was born in late December of that same year. Wally’s family would like him to be remembered as a faithful servant of Christ, a loving father and grandfather. They would also like to convey their sincere gratitude to the amazing staff at Legacy Lodge for their compassionate care of our family which greatly eased our suffering during a very difficult time. Extra special thanks to Dr. David Stewart for his exemplary professionalism and care. We wish there were more men of medicine like him.
A Memorial Service will be held at 3:00 pm on Friday, October 5, 2012 at MARTIN BROTHERS RIVERVIEW CHAPEL, 610 4th Street South, Lethbridge, with Deacon Frank Peta, officiating.
Those who wish, donations in Wally’s memory may be made to the Legacy Lodge, 335 Lettice Perry Rd. N., Lethbridge, AB T1H 5V7.
Send condolences at www.mbfunerals.com
Martin Bros. Funeral Chapels Ltd.
610 – 4 Street South
Lethbridge, AB T1J 4P3
Phone: (403)328-2361 Fax: (403)382-3623
Toll Free: 1-800-382-2901
www.mbfunerals.com