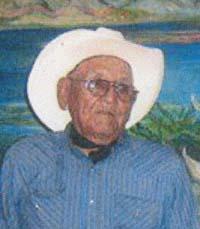 “For God so loved the world, that He gave His only begotten Son, that whosoever believeth in Him should not perish but have everlasting life.” John 3:16
PATRICK FRED EAGLE PLUME, “Natosiina” (Sun Man), born May 14, 1936 to the late Fred & Maggie Eagle Plume, passed away in the Lethbridge Regional Hospital on October 3, 2012 at the age of 76 years, surrounded by his loved ones.
Patrick is survived by his beloved wife whom he loved for 60 years, Theresa Eagle Plume; his children – son Joey Eagle Plume – daughters Joyce (Gilbert) and Martha; grandchildren – Jolene (Robin), Amelia (John), Candace (Kendall), Sunshine (Garret), Trishia, Justin, Desmond (Chelsa), Megan (Lyle), Carmen (Fabian), Amber, Tessie, Josie, Jodi; 19 great grandchildren; sisters Louise Hind Bull, Margaret (Joe) Knife, Josephine (Jack) Curly Rider; brother Merlin (Lorna) Eagle Plume; adopted sister Mary Louise Oka.
Patrick attended St. Mary’s School, met the love of his life Theresa whom he loved and cherished, and they went on to be ranchers.
He worked for various farmers such as Max Malmberg and Keith Olsen. While working for Keith, he was injured and lost his leg which set him back for 5 years. He then went to the Yakima Valley to work but returned to the reserve to work for Joachim Heniger for several years. He retired but still donated his time to the Peace Makers. Everyone looked up to Patrick for prayers, his knowledge, and giving Indian names to the young and old. He was a respected Elder, father, and grandfather to everyone who knew him. Patrick cherished his wife Theresa – they were inseparable; also his children and grandchildren. He would support them in whatever sports they participated in. Grandpa was there if it was Desmond’s basketball games or Justin’s track and field. The basketball team even started calling Patrick & Theresa, Grandpa & Grandma. One of the grandchildren’s fond memories of Grandpa was singing to them during meals.
Patrick enjoyed playing hockey in his younger years. At the rodeo, he participated in Bronc, Bareback riding, Jockey, and Wild Horse racing in his later days. He also drummed which led him to many Pow-Wows and had a strong faith in a Christian life.
His extended families include the Shot Both Sides, Long Time Squirrel, Wolf Child, Spear Chief, Crop Earred Wolf, Fox, Many Fingers, Across The Mountain, Young Pine, Morning Owl, Standing Alone, King, Wadsworth, Annie Davis, Rachel Hoof.
He was predeceased by his parents Fred & Maggie Eagle Plume; brothers Joe, Herman, Alex, Morris; sisters Carrie Mary Alice Eagle Plume, Catherine Red Crow; In-laws Jack & Maggie Curly Rider.
A Wake Service will be held at the Senator Gladstone Hall, Blood Reserve on Friday, October 12th from 7:00 to 11:00 p.m. and continue all night at Patrick’s residence. The Funeral Service will be held at the Senator Gladstone Hall on Saturday, October 13th at 12:00 Noon with Pastor Vincent Yellow Old Woman Officiating. Interment in the Pioneer Cemetery, Blood Reserve.
Legacy Funeral Homes Ltd.
P.O. Box 208
Cardston, Alberta T0K 0K0
Phone (403) 653-3222
Fax (403) 653-3677
legacyfh@telus.net