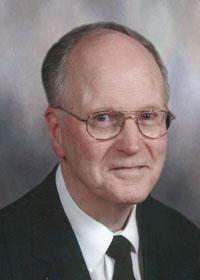 MR. ANDREW MCCOLL beloved husband of Sarah McColl of Lethbridge passed away suddenly in Lethbridge, AB, on Monday, October 29, 2012 at the age of 84 years.
Andrew was born on June 8, 1928 in Mallaig, Scotland. He served with the RAF in Germany from 1945 to 1948. He then immigrated to Canada and arrived in Lethbridge on December 31, 1948. Andrew met and then married the love of his life Sarah McPherson on October 6, 1951. They recently celebrated their sixty-first wedding anniversary. Andrew was employed by AGT from 1949 until he retired in 1985. Andrew was involved in the community as Pipe Major of the Army and Navy, and Legion Pipe Bands; and Past Master of Lethbridge Lodge 39 of the Masonic Order.
Besides his loving wife, Andrew is survived by daughters Lesley Potts of Lethbridge, Laurie (Lawrence) McCune of Lethbridge, and Lynn (Chris) Beech of Sherwood Park; grandchildren Andrew and Lindsay Potts, Sarah McCune and Andrea (Jordan) Perrett, Caylee Dutnall (David Ward) and McKenzie Beech; and nieces Heather (Warren) Cooke and Donnie (Daryl) Thompson. He was predeceased by his parents John and Elizabeth McColl, brother Jack McColl and sister Betty Batterson.
A Memorial Service will be held at ST. ANDREW’S PRESBYTERIAN CHURCH, 1818 – 5 Avenue South, on Friday, November 2, 2012 at 1:00 pm with Reverend Hugh Jack Officiating.
In lieu of flowers, donations may be made to The Alberta Lung Association, PO Box 4500 Station South, Edmonton, Alberta, T6E 6K2
Honoured to Serve
Cornerstone Funeral Home & Crematorium
2800 Mayor Magrath Drive South
Lethbridge, Alberta T1K 7B1
Telephone ~ (403) 381-7777
Fax ~ (403) 381-3128
Toll Free ~ 1-(888)-381-7778
care@cornerstonefh.ca