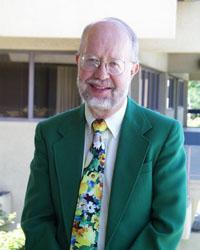 Ken, age 69, passed away suddenly on Tuesday, November 13, 2012. Ken was born in Lethbridge and was raised in Southern Alberta. He moved to Hawaii to earn his Masters degree and later obtained his Phd in Marketing from the University of Oregon. Over the past 25 years Ken has taught at the Universtiy of New Mexico’s Anderson School of Management. Most recently he served as their Associate Dean until his retirement, and was highly respected by his students and colleagues. He advocated for college students over his career and coordinated student scholarships. Ken was truly a renaissance man, with numerous interests and hobbies. He had many friends from all walks of life and belonged to many professional organizations and car clubs. Some of his interests include photography, raising and selling tropical fish, collecting and restoring classic cars and he had many special collections. Over the years, Ken enjoyed many rescue dogs as pets and consulted and supported the services provided by Lucky Paws, a local animal shelter. He is preceeded in death by his father, Kenneth Baker; sisters, Corinne Baker and Denise Witbeck. He is survived by his partner, Melody Smith; mother, Edna Baker; brother, Kevin Baker; sister, Melissa Gullickson and numerous nieces and nephews. A private memorial service was held in Albuquerque. Donations can be made in his honor to Lucky Paws, 6600 Menaul Blvd NE, Albuquerque, NM 87110.

One Condolence for “BAKER Kenneth”