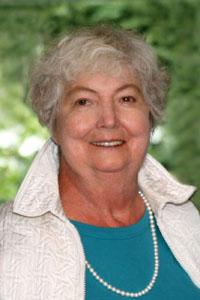 LOYA VERNE STONEHOCKER, passed away in Cardston on Friday, January 4th, 2013 at the age of 72 years.
Loya was born at Cold Lake Alberta on August 11, 1940. She was the first of nine children and the only girl of Joe and LaVern Stonehocker. Loya started school in 1946 in a one room school at Cherry Grove with her Dad as her teacher for her early years. While attending high school at Cold Lake she won a scholarship to the Vermillion School of Agriculture from which she graduated with honors in 1959. Following graduation, Loya earned a two year standard education degree from the University of Alberta and began her teaching career in Cold Lake becoming a colleague of her father. After two years in Cold Lake, she returned to the University of Alberta in 1966 to finish her Bachelor’s degree.
Loya attended BYU for two years enrolling in a Master’s program in Drama and Special Education. She returned to Cardston to teach elementary school for a year before leaving to serve a mission for the Church of Jesus Christ of Latter-day Saints in the Texas West Mission. Following her mission, Loya taught in Taber for 5 years and then returned to BYU to finish a Master of Science degree. She continued on to receive a PHD in Curriculum Development specializing in reading and study skills from BYU. After graduating Loya was employed in Golden, BC as a high school librarian and later returned to Alberta to teach reading at Grande Prairie College. Loya then moved to Calgary to accept a position at Mount Royal College to teach adult literacy. Due to health problems, she retired in 1992 and moved to Cardston.
Loya dearly loved her family who meant everything to her. She was the “connecting link” for the family as she knew all the details and could tell you about everyone, from the youngest to the oldest. Her family reciprocated that love as they were encompassed in her circle of love, care and concern. Loya loved to give and to serve. She will be long remembered for her kind and loving ways.
Loya has been active in the LDS church all her life. She served in the Primary, Young Women, Sunday School, Seminary and Relief Society organizations. She also served in the Cardston Alberta Temple for many years and had a great love for family history work. She was a member of the Daughters of the Utah Pioneers and a Phi Delta Cappa girl who loved to both read and to write.
Loya was predeceased by her father (Joe), her grandparents, many uncles and aunts, two sister-in-laws (Annalee and Louise), two nieces (Ardith and Haley) and one nephew (Jonathon). She is survived by her mother, LaVern Stonehocker, her eight brothers: Ardwyn (Pat) Stonehocker, Vaun (Vicki) Stonehocker, Ellis (Glenda) Stonehocker, Ron (Diane) Stonehocker, Nelson (Joanne) Stonehocker, Jay (Gail) Stonehocker, Owen (Janet) Stonehocker, Eldon (Cynthia) Stonehocker and 38 nieces and nephews.
The Funeral Service will be held in The Church of Jesus Christ of Latter-day Saints, Temple Street Chapel, Cardston, Ab., on Friday, January 11th, 2013 at 11:00 a.m., with Bishop Don Jensen officiating.
Friends may meet the family at the Church from 10:00 to 10:45 a.m. prior to the Service. Interment in the Leavitt Cemetery
E-mail your condolences to: legacyfh@telus.net
Legacy Funeral Homes Ltd.
P.O. Box 208
Cardston, Alberta T0K 0K0
Phone (403) 653-3222
Fax (403) 653-3677
legacyfh@telus.net

No Condolences for “STONEHOCKER Loya”