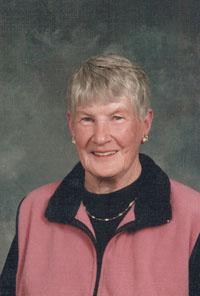 Mary (McLean) Zilke, beloved wife of the late Ed Zilke of Vulcan, passed away at the Lethbridge Regional Hospital on Thursday, January 17, 2013 at the age of 81 years.
She will be lovingly remembered by her three sons Brian (Donna), his children Brianna (Matt), Samantha (Jason) and Curtis Zilke of Coaldale, Kevin (Terri) Zilke and Murray Zilke with his children Jessica and Jonathan all of Lethbridge, and her daughter Valerie (Neil) Ogden and their children Nathan and Ian of Medicine Hat, and Great Grandma to Zoey Gomany, one sister Rose (Wayne) Schellhorn of Lethbridge, brother-in-law Bill Kiczula of Lethbridge and numerous nieces and nephews.
Mary was predeceased by her husband Ed, daughter-in-law Gina Zilke, parents Donald & Elsie MacLean, sisters Margaret Kiczula and Dorothy (Wally) Krall and two grandsons Matthew Edward Ogden and Nicholas James Zilke.
Mary was born August 6, 1931 in Macklin, SK and was raised on a farm outside Primate, SK. She met Ed Zilke in 1956 and they were married in 1960 and settled in Vulcan where they raised their family.
Mary worked at the Vulcan Hospital and the Bank of Commerce before starting her family. Mary enjoyed gardening, baking, camping and fishing. One of her greatest joys was having her grandchildren over for sleep-overs and baking for them.
Funeral Mass Wednesday, January 23, 2013 at 10am at the St. Basil’s Catholic Church (604 – 13 St. North Lethbridge) with Father Kevin Tumback officiating.
Private family inurnment at a later date.
Tributes in Mary’s memory can be made to Alzheimers Society of Alberta and NWT, 10531 Kingsway Ave., Edmonton, AB, T5A 4K1.
Arrangements in care of Vulcan Funeral Home. Telephone 1-403-485-2633.
E-mail condolences through www.vulcanfuneralhome.ca.