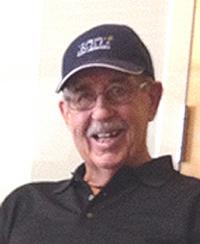 CHARLES ANGUS OTT, beloved husband to Elaine Harrison; passed away suddenly at Foothills Hospital in Calgary on Tuesday, January 22, 2013 due to complications from what was believed to be Crohns.
Besides Elaine and her extended family, he is survived by his son Troy (Leah) Lougheed and their children Taylor and Ryan, his sister Julie Zumpano and sister-in law Marcia Ott.
He is predeceased by his wife of 35 years Marlene Lougheed, parents Bud and Rose, and brother Jim. Charlie was born and raised in the Bowness district of Calgary. After high school he attended SAIT in Calgary where he achieved a degree in Petroleum Technology. Construction ended up being his calling. He came to Lethbridge as a foreman for Poole Construction on the University of Lethbridge project in 1967 until completion and never left the area. He worked with West Winds Constructors for just under 15 years as a superintendent before venturing out on his own, starting up Charmar Enterprises in 1985 – a company that did many projects for the irrigation districts doing poured in place concrete work. He took the successes of Charmar and entered into partnerships with friend Bruce Johnston to form Charmar Enterprises(1991) Ltd and with son Troy to form RTL Agri-Services Ltd a supplier of fertilizer and agricultural chemicals to Southern Alberta.
Due to heart disease, Charlie required a heart transplant that he received in 1999; and it worked flawlessly for the rest of his life. After the passing of Marlene in 2002, he retired and found a new partner in Elaine Harrison. He enjoyed spending the final years with her, traveling and spending the winters in Mesa as well as getting more family and children to enjoy.
In lieu of flowers we would ask for you to sign your donor card and be an organ donor, because of someone’s unselfish gift, Charlie was able to truly enjoy an extra 14 years of life.
The Funeral Service will be held on Monday, January 28, 2013 at 11:00 a.m. at MCKILLOP UNITED CHURCH, 2329-15 Avenue South, Lethbridge, with Rev. Trevor Potter officiating.
Christensen Salmon Generations Funeral Home Ltd.
703-13 Street North
Lethbridge, AB T1H 2T2
Phone: (403) 382-3601
Fax: (403) 320-1492
Email: condolences@generationsfh.ca
Sign guest book: www.generationsfh.ca

No Condolences for “OTT Charles”