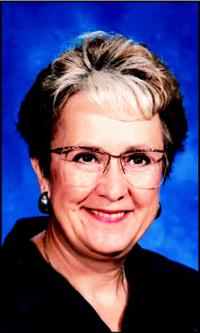 1943 – 2013
It is with great sadness and sorrow that we announce the passing of Evelyn
Jean Soltys (nee Foote) on Friday, January 25, 2013 at the age of 69 years.
A private family burial service will be held at the Taber Memorial Garden
on Thursday, January 31, 2013.
Relatives and friends are invited to meet with the family at the Italian
Canadian Club, 1511 St. Edwards Boulevard North, Lethbridge on Thursday,
January 31, 2013 between 1:00 P.M. and 3:00 P.M. Condolences may be
forwarded by visiting our website at www.southlandfuneral.com.
Evelyn will be dearly remembered by her husband Willard Soltys of
Lethbridge and their three children Pam Ellis of Strathmore and her children
Jessica and Nick; Monica Starrett (Doug) of Strathmore and her daughter
Mackenzie; Michele Soltys of Red Deer and her children Jonathon and
Nataleah.
She was predeceased by her mother Jean Foote (nee Fletcher), father Charles
Edward Foote and brother Bryan Foote.
Evelyn was born in Taber on October 18, 1943, one of the first in the new
hospital. As a farm girl growing up and attending school in Purple Springs,
Grassy Lake and Taber, she loved the prairies and was often found horse
riding, painting, puttering in the field and in the house with her Mom but
eventually her quest for education moved her to Red Deer and ultimately
Lethbridge to pursue her teaching career and degree. She was a long time
teacher/librarian with the Lethbridge Public School District from 1977 until
her retirement in 2000. Evelyn is most well know for her artistic talents
ranging from sculpting, drawing and painting to thrown pottery. During their
marriage of almost fifty years (August 24, 1963), Willard and Evelyn enjoyed
spending much of their time golfing, traveling and spending time with
friends.
If friends so desire, memorial tributes in Evelyn’s name may be made
directly to the Edith Cavell Care Centre, 1255 – 5 Avenue South, Lethbridge,
Alberta T1H 0V6.
The family wish to thank the staff at Edith Cavell for their loving and
tender care shown to Evelyn.
Arrangements in care of Southland Funeral Chapel, Taber. Telephone: (403)
223-8778.