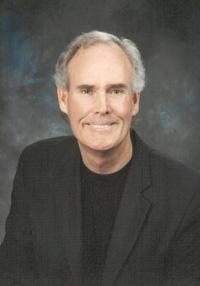 JOHN ARTHUR HERRON of Lethbridge, beloved husband of Joanne Penner Herron, passed away on February 2, 2013 at 67 years of age.
John was born in Prince Albert, Saskatchewan and grew up in Calgary, Alberta. Following high school graduation, he launched a business career and found his niche in the jewelry industry. Further education lead to a Graduate Gemologist designation and included courses in business a dministration at the University of Lethbridge, all of which spurred him on to operate Herron’s Jewellers in Lethbridge for many years. He enjoyed the retail business sector which offered opportunities to contribute to the local business community. John was an avid runner and could be found running the coulee trails frequently. The camaraderie of friends who ran with him, trained with him, and survived marathons with him, provided treasured memories and forged meaningful relationships. His passion for the mountains, particularly Waterton National Park, was well known, and the rising sun on a warm day was enough reason to point his Jeep south. He was a political spectator who followed daily events closely. His retirement years included volunteering at the Lethbridge Regional Hospital, which brought much enjoyment.
John was a man of integrity, loyalty, and faith. His commitment to and love for his wife, family and friends was exemplary. He walked through the unpredictability of cancer with dignity, resolve and a confident faith in God to lead the way.
John is survived by his sons Scott (Candy), Johnathan (Niki); brother Bruce (Trish); Joanne’s family Vaughn (Carol), Jason (Shana) and families; mother-in-law Grace Nickel; sister-in-law Elaine (Malcolm) Gilbert. He will be dearly remembered by extended family members and many friends. John was predeceased by his parents, Arthur and Margaret Herron.
A Memorial Service will be held at 2:00 pm on Friday, February 8, 2013 at the EVANGELICAL FREE CHURCH, 4717 – 24 Avenue South, Lethbridge with Reverend Ian Lawson and Reverend Tim Seim officiating.
In lieu of flowers, donations in John’s memory may be made to Southern Alberta Bible Camp, Box 99, Lomond, AB T0L 1G0, or Compassion Canada, 985 Adelaide St S, London, ON, N6E 4A3.
Send condolences at www.mbfunerals.com.
Martin Bros. Funeral Chapels Ltd.
610 – 4 Street South
Lethbridge, AB T1J 4P3
Phone: (403)328-2361 Fax: (403)382-3623
Toll Free: 1-800-382-2901
www.mbfunerals.com