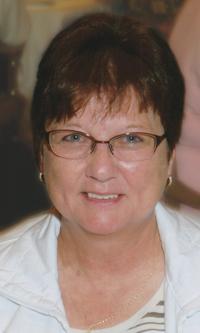 May 3, 1949 – Feb 3, 2013
It is with profound sadness that we have to say farewell to a loving wife, mother and grandmother. Joan will be dearly missed by her husband of 44 years Dave, daughters Lisa Dyck (Mike), Lori Niguma (Gord), son Rob Lodermeier (Janette), mother Izeline Jochem and brothers David, Lester, Perry and Brent. Joan was born in Lethbridge Alberta, married Dave in 1968 and spent the majority of their working careers in Calgary, Edmonton, Olds and Lethbridge. Dave and Joan moved to New Westminster in 2002 and retired in 2009. Joan’s great loves of her life were her children and six amazing grandchildren Justin, Jason and Charlotte Dyck and Jalene, Brendan and Kiera Niguma.
A private family memorial service will be held Friday February 8th, 2013.
In lieu of flowers, kindly donate to the Canuck Place Children’s Hospice.

No Condolences for “LODERMEIER Joan”