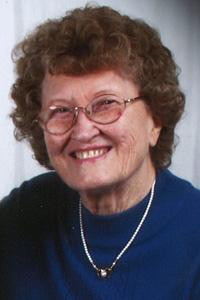 June 16, 1930 ~ March 4, 2013
ELEANOR SIEMENS, beloved wife of Ernest Siemens of Lethbridge passed away on Monday, March 4th, 2013, at the age of 82. She was a devoted wife to Ernest for almost 60 years. Eleanor was born in Cordell, Oklahoma on June 16, 1930. She was also a loving mother to LeeAnne (Gary) Dyck of Edmonton; Dwight (Rachael Perkyns) Siemens of Chemainus, B.C.; Allen (Janice) Siemens of Chilliwack, B.C.; and Lauren (Nancy) Siemens of Lethbridge. Eleanor’s legacy will live on through her four children, eight grandchildren and two great-grandchildren.
Eleanor is also survived by her three sisters, Linda Wiest, Reola Eason and Doris Harlan; her two brothers, Jonah Bartel and Lloyal Bartel; and numerous nieces, nephews and their families. Eleanor was predeceased by her parents, Leonard and Marie Bartel; two brothers, Wesley Bartel and Roy Bartel; and one sister Erma Gerbrandt.
Eleanor worked for Barons Eureka Warner Health Unit as a Home Care Aide for 14 years. She had a profound influence on those she worked with. She also volunteered many hours at the MCC Thrift Store. Eleanor was active in her church community and will be remembered fondly for her strong faith, love for God, her generous heart and contagious laugh. She dearly loved her family loved having them around her. She also enjoyed gardening and creative cooking.
Family and friends are invited to pay their respects between 7pm and 9pm on Sunday, March 10th, 2013, at COALDALE FUNERAL HOME, 1711-20 Street, Coaldale, Alberta.
A Memorial Service will be held at 2 pm, on Monday, March 11th, 2013, at the MENNONITE BRETHREN CHURCH OF COALDALE, 2114-18 Street, Coaldale, Alberta. Tim Clarke will officiate.
In Lieu of flowers, please make memorial donations to the Mennonite Central Committee (mcccanada.ca) or Gideon’s International in Canada (www.gideons.ca).
Send condolences at www.coaldalefuneral.com

One Condolence for “SIEMENS Eleanor”